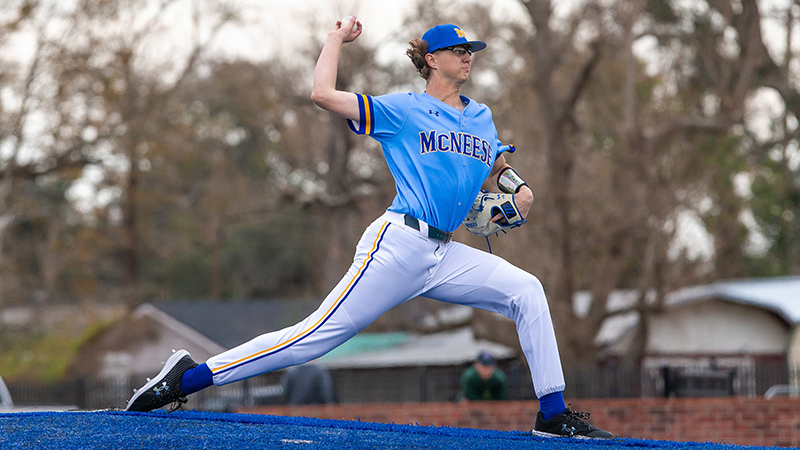 Port Neches-Groves alum Grant Rogers was one of several McNeese Cowboys who earned Southland Conference honors for the year.

Rogers, who is a sophomore, earned SLC Picher of the Year, the conference announced this week.

He became the Cowboys’ Friday night starter in his first year in the blue and gold. Rogers led McNeese with six wins overall, 71.0 innings pitched and 66 strikeouts. Rogers led the league with four wins during conference play, pitching to the fifth-lowest ERA in SLC play (3.86) while holding opposing hitters to a .203 average, the second-lowest among starting pitchers.

Rogers, no stranger to fielding his position, had three putouts and nine assists fielding to a .923% on the mound.

Ten McNeese Cowboys were honored with 17 Southland Conference postseason awards on Tuesday morning, highlighted by the selection of Payton Harden as SLC Player of the Year, Cameron Foster as Relief Pitcher of the Year, and head coach Justin Hill as the SLC Clay Gould Coach of the Year. It is the first time in conference history a school has taken home all four awards.