Perfect attendance, some luck of the draw earns this local student a free, new car 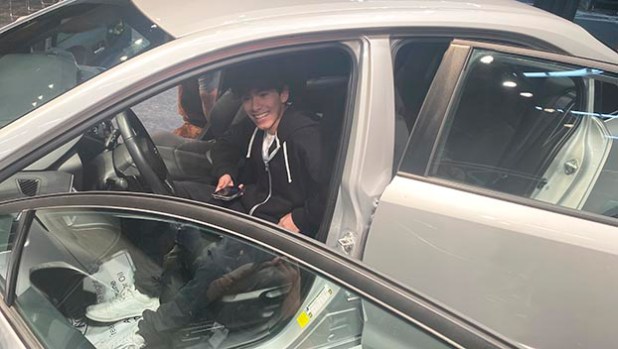 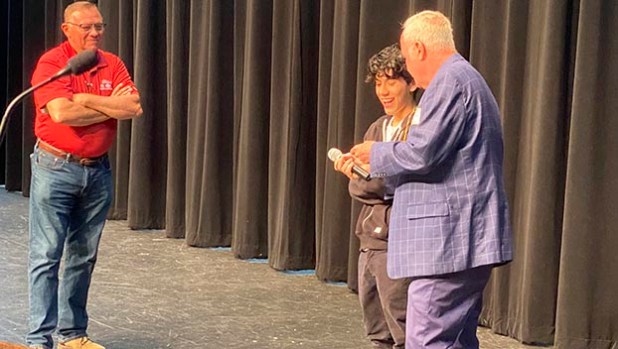 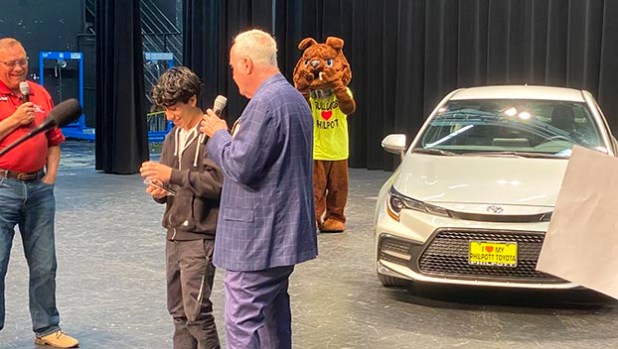 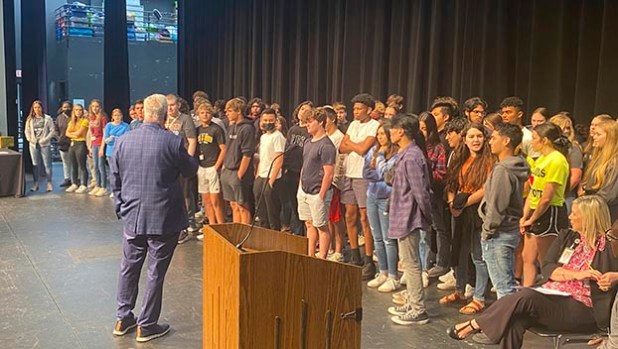 NEDERLAND — As Eddie Barragan stood on stage by himself in front of students, staff and administrators; the reality that he had won a new car began to set in.

Moments before, Daren Granger and Bob Thewman of Philpot Toyota and Philpot Ford drew a name from a list of Nederland High School students with perfect attendance.

After some showmanship and fanfare, Barragan stood on stage alone as it was revealed he won the car.

At first, Thewman and Granger called up everyone whose last name started with the letter “B.”

Barragan was one of several dozen students on the stage. After a few minutes of slimming down the number, he stood up there with four other students. The next qualifying question eliminated all but Barragan, who stood on the stage in shock and disbelief.

“I didn’t think I was going to win this,” Barragan said. “I am so excited. I just didn’t think I would win. I got nervous because everyone was watching. It is a good car.”

Barragan, who graduates next week, has his license but did not have a car of his own prior to Tuesday.

He had been driving his dad’s vehicle, but that can now change.

He plans to attend Lamar University in the fall to study civil engineering.

Thewman said it was the first time in a few years that a senior had won the car.

Upon winning, Barragan was presented the car keys on stage and was able to start the engine to the 2022 Toyota.

Granger and Thewman have been doing this giveaway for nearly two decades as a way to give back the community that has supported their businesses.

The district was also able to celebrate students who had perfect attendance for at least four years with cash and prize giveaways.