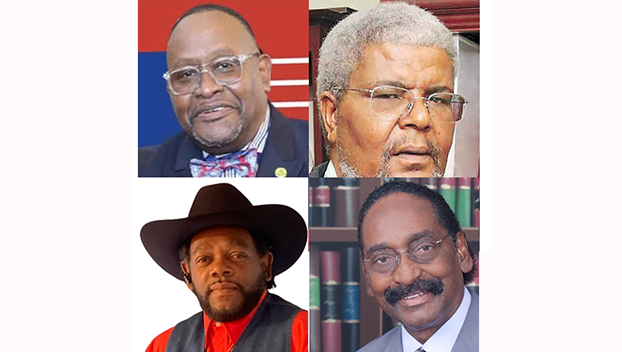 Following their weekend elimination from the mayoral race, former candidates Willie “Bae” Lewis and Matthews Christian Jr. have given endorsements for the June 11 runoff election.

Both will be backing the same candidate.

“Floyd Batiste is like me,” Lewis said. “He’s not a conformist. He’s a transformer. He brings a charge for the betterment for the city and the taxpayers.”

The two worked together in city government while Batiste served as CEO of the Port Arthur Economic Development Corporation. He resigned in 2021 following 17 years with the department, which followed a career with the Texas Workforce Commission.

Lewis said Batiste’s experience with TWC was a driving factor in making him an asset to the EDC.

“He’s quite capable of leading the city,” Lewis said. “He has all that experience that he brings with him — workforce and EDC director.”

“After meeting with him and discussing my views and his views, we were pretty much aligned in what we want to see from the City of Port Arthur,” he said. “We talked about the infrastructure in Port Arthur. We talked about the roads, how bad they are, and the condition they’re in even though we have the funds available to repair them.”

Christian said other topics included transparency, uniting the city and its government, and communication with the residents.

“I will be working with and campaigning with Mr. Batiste from here on out,” he said.

Bartie said he planned to focus on infrastructure.

“A lot of it is old because we’re an older city. So to be sure we are able to do whatever repairs or new construction to infrastructure that’s possible,” he said. “Also, I would have to be in meetings, be in places where those issues are being discussed, where funding for those programs are being discussed and the money is being disseminated. If you’re not present, then you’re not considered.”

Batiste said he would work on communication and transparency.

“Having worked with the Economic Development Corporation…I think the missing component we have is that we are not communicating with the other entities,” he said. “With the EDC on a quarterly basis, myself and Dr. (Betty) Reynard with Lamar State College, and Larry Kelly with the Port, Phil Kelley with the drainage district, Dr. (Mark) Porterie with the school district — we would all meet and just talk about Port Arthur and what is it that we could do to make it a better place for all of us.”

See how Port Arthur is restructuring job requirements to…