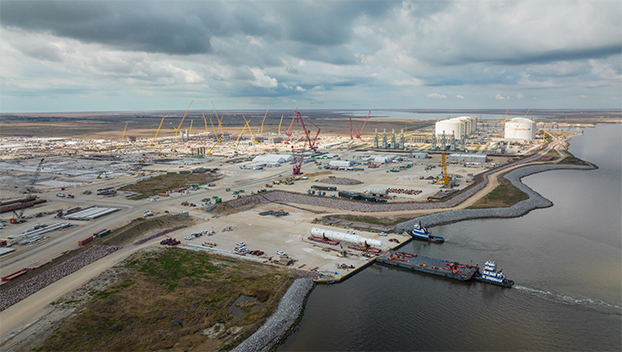 Combined with an existing and upcoming facility, Port Arthur in the near future could be exporting more than 100 million cubic meters of liquefied natural gas (LNG) each year.

“I’m really excited to share information about what we are doing,” Yuskiewicz said. “This job is important for the energy industry. It’s important for this community, and I will say for all of us that are watching the news today and seeing what’s happening in Ukraine and the impacts that war is having on the energy industry, this is going to be an important part of the future of energy.” 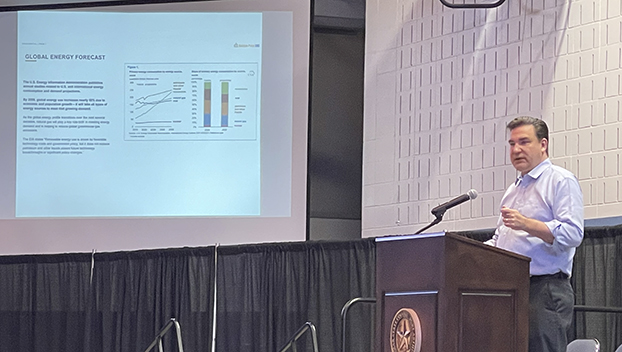 Yuskiewicz said the global population of 7.5 billion people is expected to be approximately 9.5 billion by 2050, driving the need for more advanced and cleaner technology.

The need for LNG specifically, he said, is expected to double by that time.

Golden Pass LNG, a joint project between ExxonMobil and QatarEnergy, has been in the design phase for approximately 10 years.

“We’re about 45 percent complete at this time, but that’s total — that’s engineering, that’s procurement, that’s construction,” Yuskiewicz said. “Construction itself, we’re probably about one-fifth of the way through. There are about 4,500 workers out at the site today.”

At peak construction that number is expected to surpass 7,000, with the first of three export trains in operation by 2024.

Other advancements at the site include:

The meeting, held at the Carl A. Parker Multipurpose Center on the second Wednesday of each month, is sponsored by the Greater Port Arthur Chamber of Commerce. Industry leaders gather to share and learn about multi-million and multi-billion dollar projects in Texas and Louisiana.