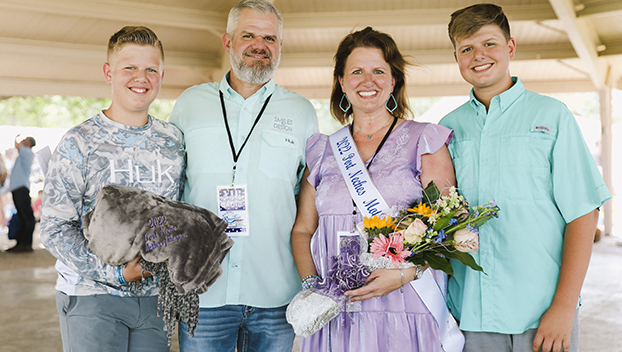 PORT NECHES — This year’s Port Neches Mother of the Year doesn’t like being the center of attention and feels there are others deserving of the honor.

“I feel like, honestly, there are a lot of other moms who would have been nominated before myself. I know a lot of single moms filling the roles of mom and dad that I am in awe of and have mad respect for. There are moms who work full-time,” 2022 winner Jeanifer Bartlett said.

Bartlett was lured to the pavilion during Port Neches RiverFest Sunday by her husband, Scott Bartlett, and sons Tyson and Mike. The family attended church with plans to attend a baby shower afterward. Scott told her he wanted to go watch the boat races at the festival for a bit and they could grab something to eat while they were there. 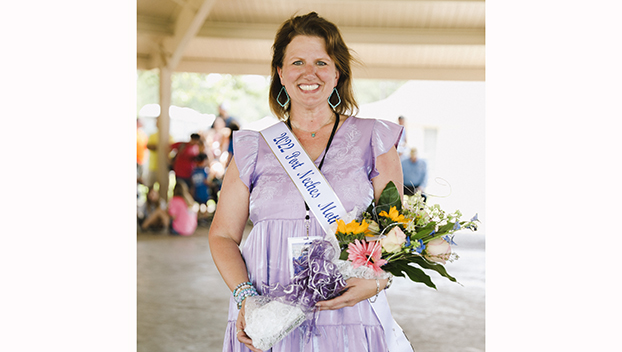 While at the pavilion, the nomination letter was read and her ears perked up when she heard the letter was from the “Bartlett boys,” which she knew referred to her sons.

She was initially shocked, a little embarrassed because she doesn’t like being the center of attention but that quickly changed when she saw the faces of her boys and husband.

“It warmed my heart,” Bartlett said.

She later learned her sons and husband worked together on the nomination letter and Scott gave her their sons’ handwritten notes that were used in the letter.

In the letter, the Bartlett boys told of how their mother was a teacher by trade and has been a stay-at-home mom since they were born.

“Being our mom is no easy job, she is always making sure we have everything in order, homework is done, we are at practice on time, honestly the list is endless,” the letter read. “We are pretty lucky kids to have a mom who loves us unconditionally even when we act like teenage idiots sometimes.”

The sons went on to say how the kids at their school also love Bartlett, as well, because she has been involved in PTA since they started school. During the years she has served in officer roles and is about to start her third year as PTA president at Port Neches Middle School.

“This nomination would not be complete without mentioning our mom’s service to our church,” they said. “She teaches the preschool on Wednesday nights, leads women’s Bible study and has served on countless committees over the years. Above all the roles she plays, she is a Godly woman who is always there for anyone who needs prayer or encouragement.”

Mike Bartlett is 12; he turns 13 in the summer and is in the seventh grade, she said. Tyson is 14 and in the eighth grade.

The mom said she has hopes for her sons as they grow and mature; she hopes they see the good in people, won’t let someone sit alone and are welcoming when someone new is around.

As the Mother of the year, she was presented with a basket of goodies, such as candles and frames, food vouchers for the festival and a blanket that had the words 2022 Port Neches Mothers of the Year embroidered on it.