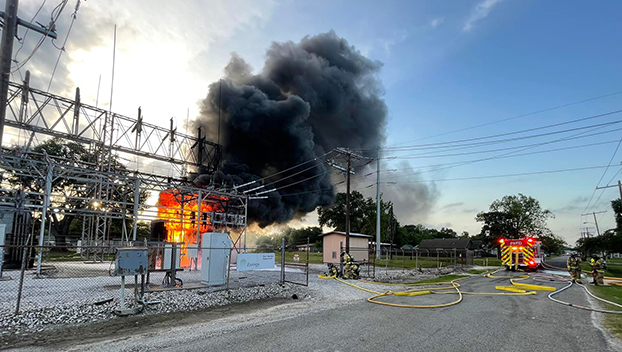 PORT NECHES — Port Neches firefighters utilized a special piece of equipment to aid them while battling a blaze at an Entergy Texas substation Tuesday.

Port Neches Fire Chief Eloy Vega said firefighters flew a drone above the fire to get an aerial photo, as well as thermal, or temperature readings.

Vega said the piece of equipment helps with situational awareness and lets them know if the transformer was cooling down or not. 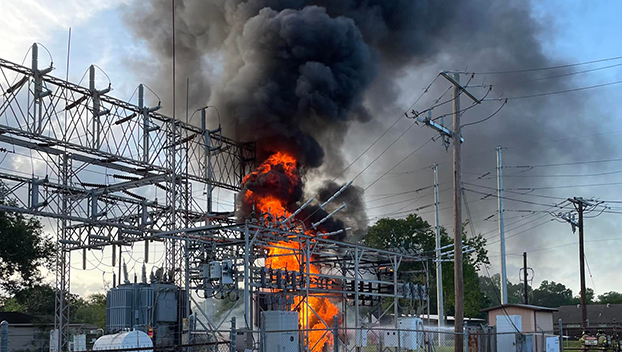 A view of Tuesday’s fire at the Entergy Texas substation in Port Neches. (Courtesy photo)

The fire caused more than 2,000 customers to lose power in Port Neches.

PNFD received the call of the fire at approximately 6 p.m. Tuesday for the substation in the 1700 block of Dieu Street. When they arrived, they saw a transformer in the substation yard had been arching. Entergy crews were able to isolate the power, thus allowing the crews to begin flowing water safely.

Vega said the liquid product inside the transformer, which is used to keep the piece of equipment cool, ignited, which lead to the fire and smoke.

Firefighters were able to contain and extinguish the fire and protect the adjacent homes.

Industry partners with Indorama assisted PNFD by using a form of foam product that helps extinguish the fire and cool it down.

The fire was extinguished by approximately 9 p.m. Tuesday, though firefighters stayed on scene and continued to hose down the transformer to keep it cooled down.