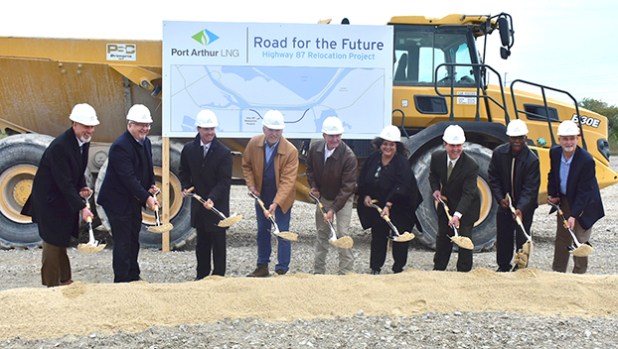 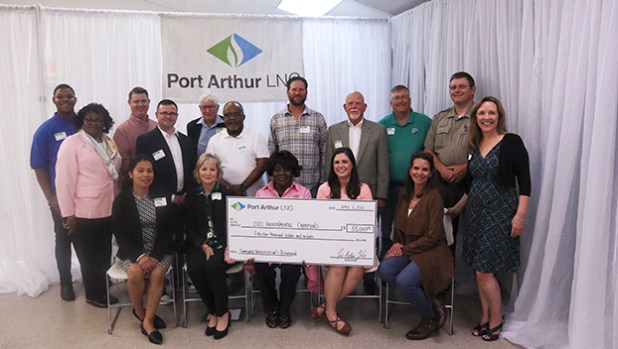 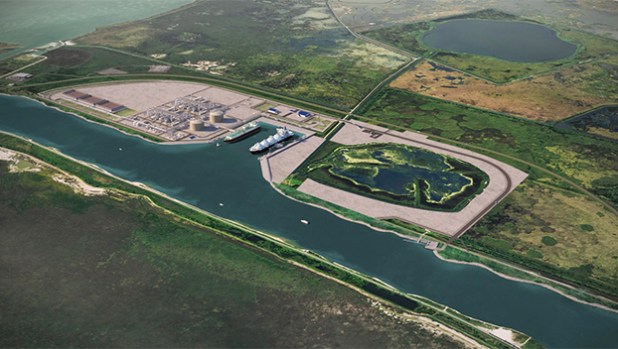 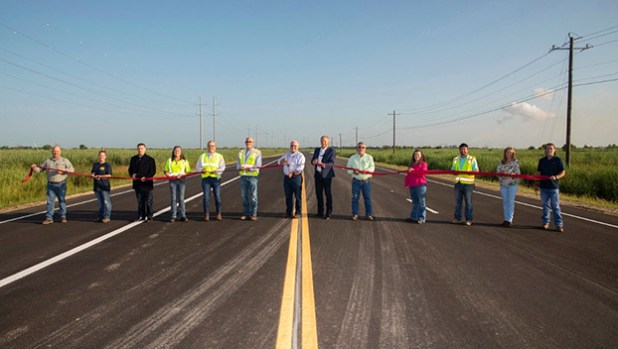 The Road for the Future Highway 87 project, which relocated approximately 3.5 miles of highway, was completed in October 2021. (Courtesy photo)

Since breaking ground in 2019 on Sempra’s first North American project to be built from the ground up, Port Arthur LNG has much to celebrate.

Earlier this month officials announced escalating optimism over a final investment decision, expected late this year or early 2023. The $10 billion export terminal is expected to bring 3,000 jobs at the height of construction.

But in the meantime, Sempra representatives have been targeting efforts to improve Southeast Texas from earth to air.

In October, the Road for the Future Highway 87 relocation project, which began in 2019, was completed. In the two-year construction period, approximately 3.5 miles of highway was rebuilt away from the channel. In addition, they consolidated older pipelines near the highway and upgraded the city’s waterline in the area, according to Sempra spokesperson Anya McInnis.

“The Road for the Future project alone represents more than a $140 million investment by the company,” McInnis said. “Over 35 local vendors participated in the design and construction of this project.”

The benefit to area organizations and schools has amounted to more than $760,000 since the beginning of 2021, according to Port Arthur LNG’s Community Impact Reports.

Those funds are an accumulation of:

“In addition to our most recent initiative, Environmental Champions, we’ve provided contributions to a variety of organizations in Port Arthur, Sabine Pass and other Jefferson County communities in the areas of environmental stewardship, emergency preparedness and safety, education (STEM) and economic prosperity and leadership,” McInnis said. “In fact, since 2015, the company has invested more than $1 million in community partnerships in Jefferson County communities.”

The Dick Dowling Lions Club in Sabine Pass was one of the many organizations to receive a grant through the Environmental Champions initiative.

“This makes citizens feel good about the community and also reflects well to those who come into our community for fishing or other outdoor recreation,” representative Adam Saunders recently told Port Arthur Newsmedia.

McInnis said the company’s next initiative focuses on emergency preparedness with the June 1 start of the Atlantic Hurricane Season looming. The Emergency Preparedness and Safety Initiative will provide funds to organizations creating projects and efforts that increase safety in the area.

“PA LNG places a huge emphasis on safety and protection of our employees and the environment,” McInnis said. “While working on the relocation of the road, we orientated more than 900 people on our safety and environmental requirements and we have worked to-date more than 1.7 million hours without a lost-time incident.”

McKinnis also touched on what the company enjoys most in Southeast Texas.

“It’s the people and the collaborative nature of looking at efforts to help develop and grow our communities in a responsible way,” she said. “And, the environment of Southeast Texas filled with wildlife and beautiful scenery has made this area a wonderful place to live and work for so many of our employees. It is very hard to find a prettier area to view the sun setting over marshlands and water.”