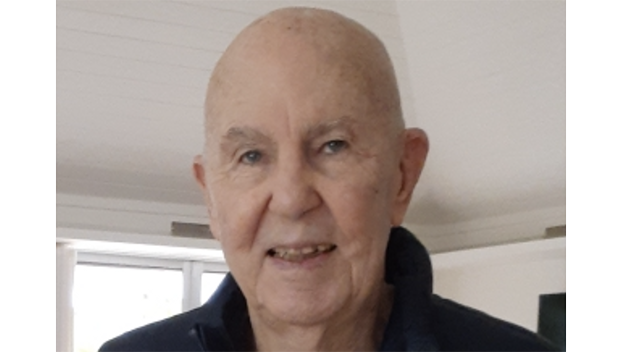 Lee Roy Gentil, 87, of Naples, FL, was called home on February 17, 2022. Lee was a native of Port Arthur, TX, and the beloved son of Roy James Gentil and Enola Louise DeJean.

Lee graduated from Bishop Byrne High School in 1952. He served in the Army National Guard in Texas and Florida.

Having worked alongside his father and uncles as an insulation contractor as a teenager, he spent several years working construction jobs in the southern U.S.

He ended up in Miami, FL.

He worked as a short-order cook and a cabana boy on Miami beach.

Unable to afford lodgings for over a year, he slept in the cabana on the beach where the hotel’s lounge chairs were stored at night. Summers were great, but the winter nights were miserable.

He eventually returned to insulation contracting.

The company he worked for in Miami sent him to work on a job in San Juan, PR. His employer went out of business before the job was completed, and the client in Puerto Rico paid him to hire a crew and finish the job himself.

Once the job was completed, he returned to Port Arthur, but soon realized that he preferred life on a tropical island.

He moved back to San Juan and founded Borinquen Insulation Co, Inc.

In the Spring of 1964, Lee met the love of his life, Roberta Gertrude Berman.

Roberta visited Puerto Rico on spring break from Long Island, NY. They were paired together on a double date and were immediately smitten.

Lee proposed over the phone on Thanksgiving Day of that year, and they were married a month later in San Juan. Their love story continued for 57 years.

Lee learned to sail and became an avid competitor. Although he sailed in many races throughout the Caribbean, the highlight of his sailing years was representing Puerto Rico in the 1968, 1972 and 1976 Olympic Games.

Although he never medaled at the Olympics, he did earn a gold medal at the 10th Central American and Caribbean Games in San Juan in 1966.

Lee and Roberta retired to the beach in Naples, FL in 1986.

Lee is remembered as an adoring husband, father, grandfather and friend. He faced each day with humor and prayer, and left a legacy of great generosity toward many.

Memorial gifts can be made to the Sisters of St. Benedict at thedome.org, as well as Guardian Angels Medical Service Dogs at medicalservicedogs.org.