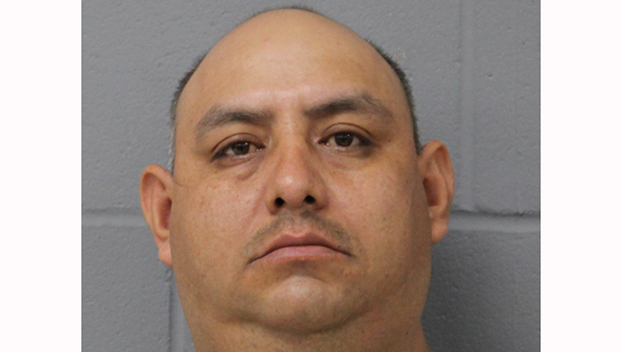 An arrest has been made in a Travis County shooting that killed two men, including a 31-year-old from Port Arthur.

Abel Bermudez-Ornelas, 44, was arrested Saturday and charged with murder.

His bond is set at $500,000, according to information from the Travis County Sheriff’s Office.

Deputies found two men inside an SUV parked on the road, each with at least one gunshot wound.

Raul Molina Hernandez, 44, of Manor, died at the scene. Leonel Ayala Gamino, 31, of Port Arthur, was brought to a hospital and died from injuries April 13.

Detectives immediately began the task of determining the events that led up to the death of Hernandez and Gamino. Following evidence collected at the scene and leads from family and friends, detectives were able to connect Bermudez-Ornelas to the crime, said Travis County Sheriff’s Office Senior Public Information Officer Kristen Dark in a news release.