“She was a ray of light.” Beaumont officer reflects on coworker following plea deal. 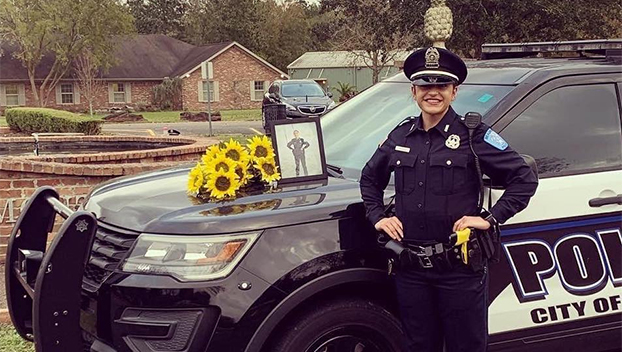 A Beaumont Police Department officer stands next to a photo of fallen officer Sheena Yarbrough-Powell. (Facebook)

Beaumont Police Officer Haley Morrow struggled to hold back her emotions Tuesday as she spoke of former colleague Sheena Yarbrough-Powell.

It had been almost two years since Powell’s death, but mere hours from the time a Port Arthur man pleaded guilty to causing her death in a drunken crash.

“We are pleased that there’s a guilty plea in the case. We know there’s nothing that can bring Sheena back to us,” Morrow said. “Beaumont Police Department has been supportive of her family and been by their side the past two years and continue to be there for them.”

Luis Torres, 20, took a plea deal Tuesday afternoon shortly before he was expected to face trial for the Beaumont police officer’s 2020 death. 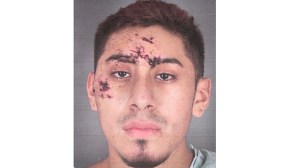 Torres was charged with intoxication manslaughter and intoxication assault following a wreck on Aug. 9, 2020, when the vehicle he was driving collided head-on with Yarbrough-Powell, 23, and 28-year-old officer Gabriel Fells.

Yarbrough-Powell died at the scene; Fells was taken to a nearby hospital for severe injuries, where he underwent surgery.

Police said Torres was driving without a license and had a blood alcohol content of .296.

As part of his plea agreement, Torres’ second charge of intoxication assault is now aggravated assault with a deadly weapon, and he will serve no more than 30 years for the charge in which he pleaded guilty. He will reappear in court Wednesday on the second charge.

Morrow said Yarbrough-Powell’s family have been strong and brave while facing the tragedy, adding their hope is people will learn a lesson about driving while intoxicated.

“For Beaumont Police Department, it’s different because we constantly respond to those calls, and I think most people don’t realize we have to take our emotions out of it,” she said. “When it comes to someone we all love and saw every day, it hurts a lot more. We’re grateful for the guilty plea.”

Slightly choking up, Morrow said Yarbrough-Powell was small in stature but big in personality and kindness.

“She wasn’t someone you didn’t want to be around,” she said. “She was always joyful and a ray of light, and it’s definitely a big loss. It’s tragic when anyone with so much potential is taken.”

Torres will be formally sentenced May 23.