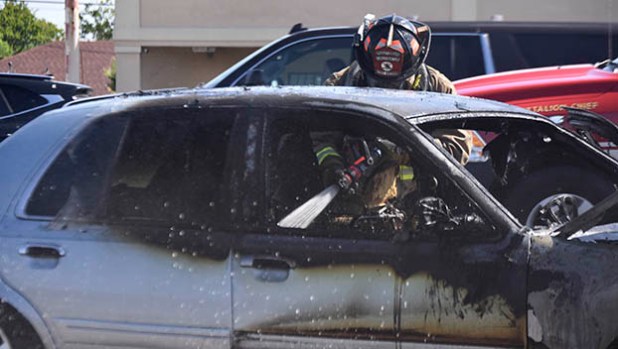 A Port Arthur firefighter hoses down the inside of a car that caught fire Monday. (Mary Meaux/The News) 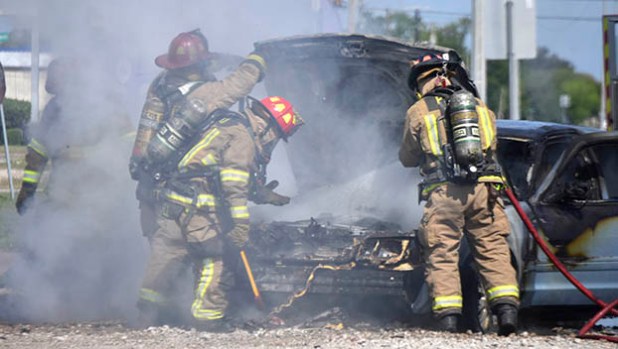 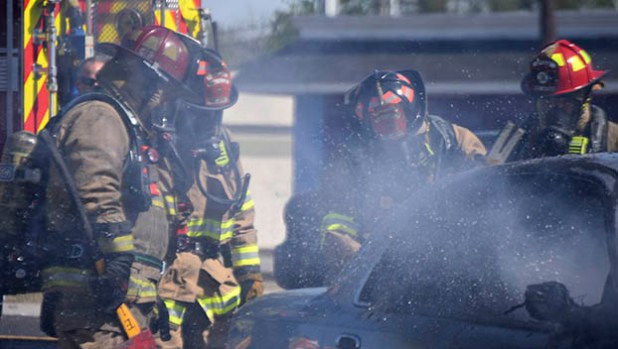 A vehicle burst into flames while being moved outside of an auto shop Monday in Port Arthur.

Hector Martinez, owner of NY Auto Sales at 2421 Memorial Blvd., said the car was dropped off last week and was being moved by his brother so they could work on another vehicle.

The car was moved off the property when the fire started. His brother jumped out to safety and was not injured.

Two fire engines arrived to the scene, and the black smoke turned to white as they worked on the fire.

A number of people in the immediate area could be seen using their cell phones to video the responses.

Martinez said he’d never had a car burn down before.

Martinez was seen on his cell phone as Port Arthur firefighters extinguished the blaze.

He was told by the owner of the vehicle that it had caught fire before and the man hoped to have it repaired for resale.