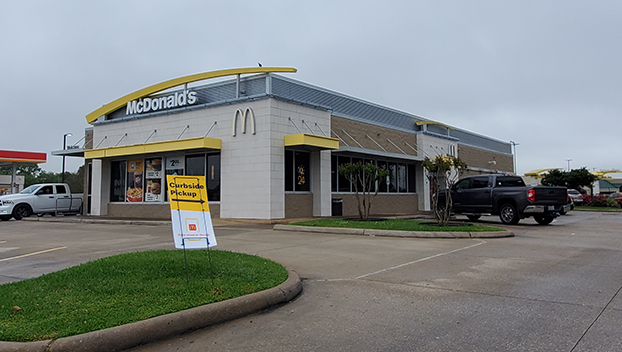 The victim was sent to Christus Hospital St. Elizabeth in Beaumont, where he died. The victim is identified as Alfonso Solomon.

Police are looking for a 2017 red Dodge Journey with paper tags 35915P5. The vehicle could have at least two black men in the late teens to early 20’s inside.

Reynolds said the victim and the other men knew each other.

“The suspect vehicle was already at the scene when the victim drove up. They were parked next to each other,” Reynolds said.

The victim was outside of his vehicle and was talking to the driver of the Dodge. The front passenger was allegedly the shooter, police said.

The victim was able to run a short distance before he collapsed. The suspect vehicle fled the scene directly after the shooting, Reynolds said.

An autopsy was ordered but had not been performed as of Friday at 11 a.m.

Reynolds believes the man was shot at least once with a 9mm gun. Multiple shots were fired during the altercation.

Video from the shooting was recovered by police for evidence, and detectives are continuing the investigation.

Reynolds said the victim, as well as “actors” in the crime, knew each other and all were described as black men in their late teens to early 20’s.

The restaurant was still open when the shooting occurred and there were patrons in the building. No other injuries were reported.

The city marshal said he believes those involved in the shooting are Port Arthur residents.

Reynolds declined to comment on the number of individuals involved in the fatal shooting, as it is under investigation.

Police do have persons of interest in the killing.

Reynolds gave thanks to the Port Arthur Police Department, which assisted at the scene Thursday night by putting up barriers so individuals would not get into the crime scene.

He said there were a lot of people at the scene, including family and friends of the victim.

“They’re always there for us. We have a good working relationship with Port Arthur Police Department,” Reynolds said.

The two cities are close in proximity, with Port Arthur limits literally across the street from the McDonald’s.