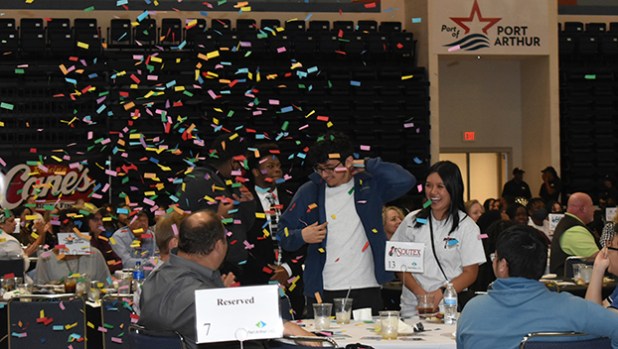 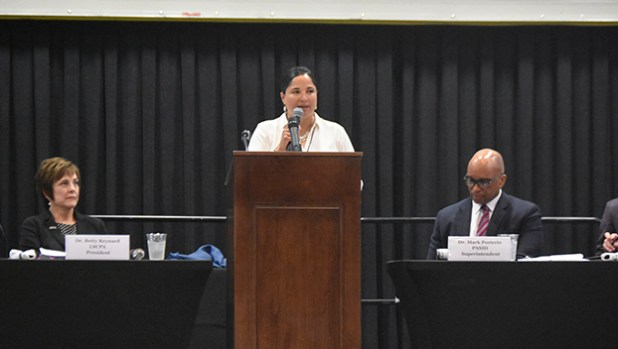 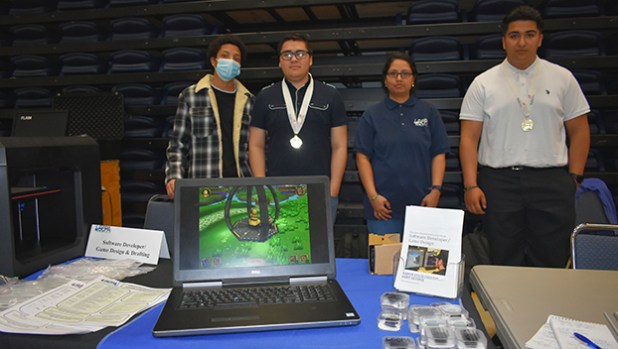 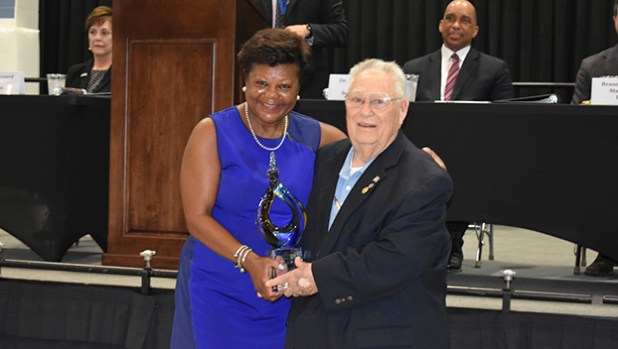 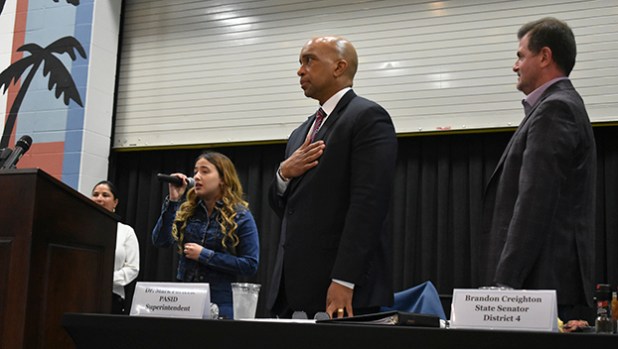 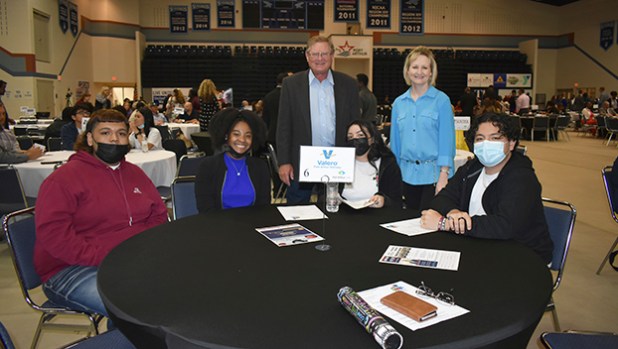 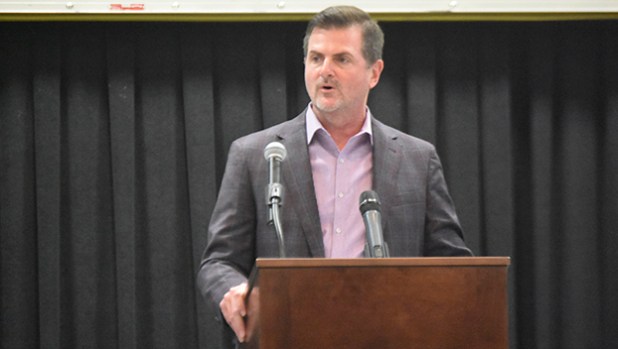 Memorial High School seniors Victoria Nguyen and Eduardo Ceja had an opportunity Tuesday to sit down and talk with professionals in their chosen career fields.

Nguyen is looking toward a career as an engineer, while Ceja is looking at being an architect. They were paired up at a table sponsored by Soutex Surveyors and Engineers during the Port Arthur Education Foundation Pathway to Success Luncheon at the Carl Parker Multipurpose Center.

Nguyen said it was a nice opportunity to meet people she wouldn’t normally get to for one-on-one conversations.

Ceja said it is reassuring for him to see someone with the future he wants.

Fellow senior Jacob Garza was seated at the Valero-sponsored table and was able to get a few resume and career pointers to help as he works toward a process-operator degree.

The Parker Center was filled with more than 440 people who bought tickets to the luncheon while supporting the education foundation.

Porterie told of the grim news from the war in the Ukraine and of how citizens of the United States should be thankful for their freedoms.

But being educated is critical to being free, he said.

“With an education you can move mountains, you can do whatever you want to do and that is what we need to tell our children every day.”

He said an individual is imprisoned without an education.

Creighton spoke of the challenges the state faced from last year’s winter storm Uri, the stress on the electrical grid and how Texans handled the challenge.

The senator was presented with an award during the luncheon for his leadership and support of higher education.

The mission of the education foundation is to enhance academic excellence in Port Arthur public schools by supporting innovative educational projects, according to information from the foundation.