MARY MEAUX — Firefighters come to each others’ aid and helps all 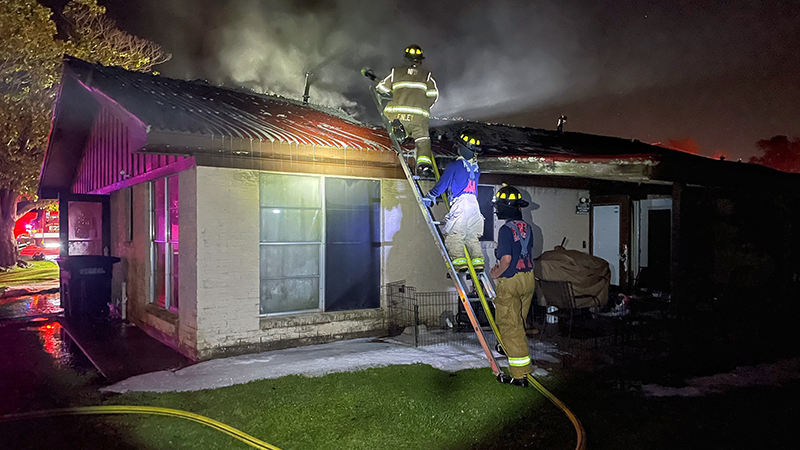 Three people who were inside when the blaze began and were able to escape before firefighters arrived. One of the three was treated by EMS and sent to a local hospital for smoke inhalation, according to an official with PNFD.

The call came in at 11:30 p.m. Sunday about the single family home in the 600 block of Block Street. When firefighters arrived there was heavy smoke coming from the attic and fire coming from the roof of the home.

Heavy fire in the attic had partly moved to the garage, and fire crews were able to quickly contain and extinguish the fire, which was isolated to the attic and garage area by this time. 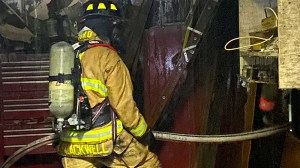 The home suffered smoke and water damage throughout the main areas.

Capt. Tyler Hebert provided the information to Port Arthur Newsmedia, saying the cause of the fire was electrical in nature, and the point of origin was in the attic area.

Our area is fortunate because there is an agreement between the local agencies to help one another.

Hebert said in the news release that Nederland Fire and Rescue and Groves Fire Department assisted in the fire suppression, sending over a number of engines and rescue vehicles.

Port Neches also has Mutual Aid with fire departments in Port Arthur and other areas of the county.

I know though covering emergency services for many years that the extra help is a much-needed source of assistance.

Sometimes a call goes out and a majority of one of the departments may leave. This leaves a deficit in personnel, but with the agreement in place, the assisting department may stay at the their neighbor’s station and respond to their calls.

Or they may respond to the call, as well.

I saw the assistance between different agencies in 2009 when a 10,000-square feet home on King’s Row in Port Neches caught fire. The blaze was massive in the multi-story home and could be seen for miles.

I watched as two firefighters on a PNFD ladder truck used high capacity hoses to knock the flames down. Also there were Nederland, Groves and Port Arthur firefighters.

Without the added help, the fire could have spread to nearby homes, where a few hot spots from embers were noted as well as melted siding.

And through the years there are many more examples.

I say all of this to offer thanks to these departments, which have each other’s backs in time of need and, in turn, have our backs as well.