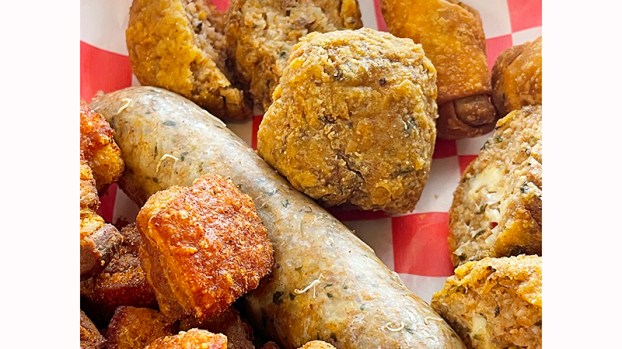 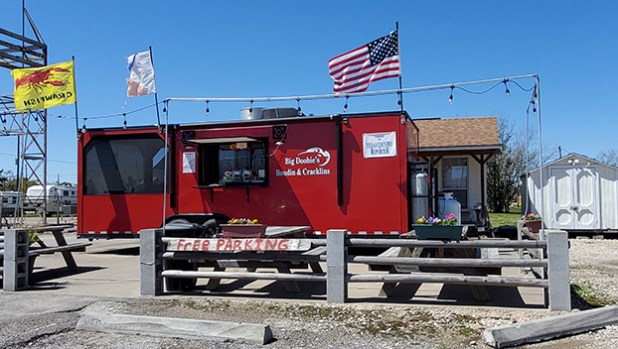 A sign on the front of the business tells customers they were featured on the Texas Country Reporter. (Mary Meaux/The News) 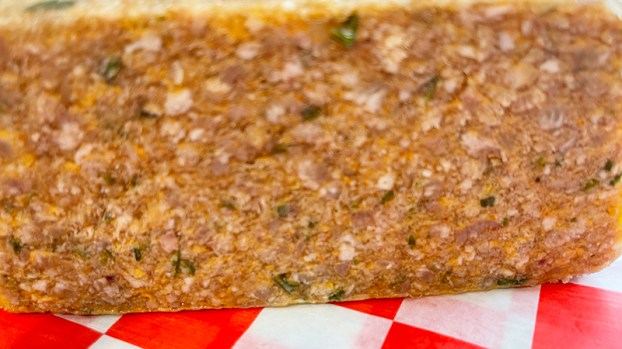 Hoghead cheese is a hot item at Big Doobie’s Boudin and Cracklins, as they’re the only ones in the area to make it. (Monique Batson/The News) 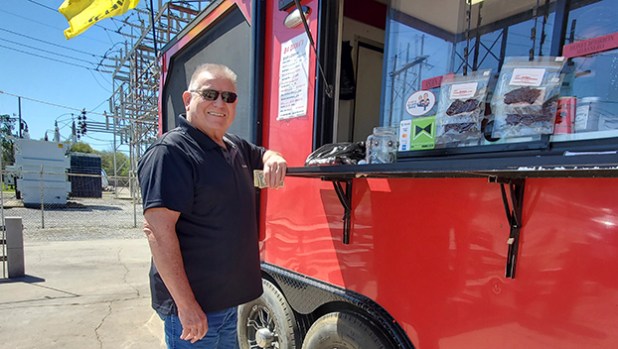 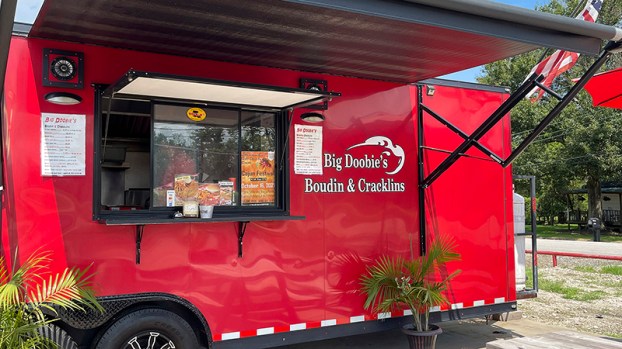 Customers at Big Doobie’s Boudin & Cracklins come from near and far to get a bite of the Cajun culinary delights served up at the West Port Arthur Road food truck.

“We had a couple come from Illinois. I think they were gong to Corpus Christi for the winter, and they had seen us on ‘Texas Country Reporter.’ They made an hour-and-a-half detour to check it out,” said Josh Rodrigues, owner of Big Doobie’s. “We have had people from San Antonio, Dallas, Louisiana. It’s really good when you’ve got people from Louisiana come get boudin and cracklings. It makes you really feel like you’re doing something right.”

A sign on the bright red trailer lets customers know they were “Featured on ‘Texas Country Reporter’” and a click on a Texas Monthly Magazine internet post from March 17 will lead you to the segment. Rodrigues said the segment aired in October.

Every week, Texas Monthly online shares segments from “Texas Country Reporter,” according to the magazine’s website.

Recognition spread and likely caused the long lines to the food truck when they took part in the Texas Country Reporter Festival in Waxahachie in late October 2021.

“A lot of people have seen us on ‘Texas Country Reporter’ prior to us going, I guess, because we had long lines of people waiting. And they were like, ‘what’s boo-din?’ And I said, ‘It’s pronounced boo-deh,’” he said enunciating the last syllable with a Cajun accent.

The Waxahachie one-day festival was a gamble for the businessman, but it was worth it.

They started selling that morning and were pretty much sold out at the end of the day.

But there are plenty of fans right here in the city, including Rex Lott, who stopped by Wednesday.

“The boudin and cracklins are wonderful and the boudin balls are great,” Lott said.

Lott said he’s known Big Doobie for a long time and is a repeat customer.

And the business is growing. Rodrigues plans to have a brick-and-motor storefront at the site and use the food truck for festivals. It could be six months to a year before he has a permanent building.

He already took part in a number of festivals, such as the Winnie Rice Festival and the Anahuac Gator Festival. He has his sights set on bringing the trailer to the South Texas State Fair next year once his storefront opens.