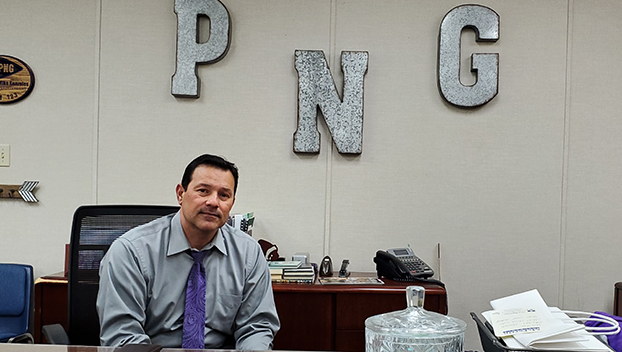 PORT NECHES — A Port Neches-Groves Independent School District board training session held Monday night was scheduled more than a month before the current controversy over the high school’s performance at Disney World.

“I’m sorry if people misunderstood that and they’re getting themselves out in the rain but they’re not going to get any highlights of information tonight from this meeting,” Board President Dr. Scott Bartlett said.

The late afternoon meeting was held at the district’s administration building on Avenue C in Port Neches. Both protestors and supporters held spots outside of the brick building as light rain and wind began.

Click here to learn more about what was happening outside.

The controversy is tied to the high school’s performance during a parade at Disney World in Florida last week. The drill team was informed by Disney officials they were not allowed to wear the headdress portion of their uniforms. They did go on to march with the band, where they performed the traditional school fight song, which includes the chant “scalp ‘em.” 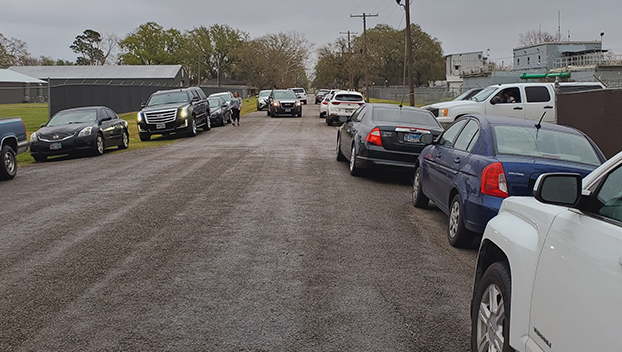 Protestors and supporters of PNGISD begin to line up outside the administration building on Monday. (Mary Meaux/The News)

The Principal Chief of the Cherokee Nation issued a statement in response to what they said are offensive depictions. The statement also said they have asked PNGISD to discontinue the imagery, chanting, symbolism and other practices in their school traditions.

The timing of the board meeting had nothing to do with the protest or controversy.

Another portion that took place was Evaluating and Improving Student Outcomes, Terrier said.

Prior to the start of the meting, Superintendent Dr. Mike Gonzales echoed Terrier’s comments on the training session and addressed the current controversy over the use of Native American imagery. 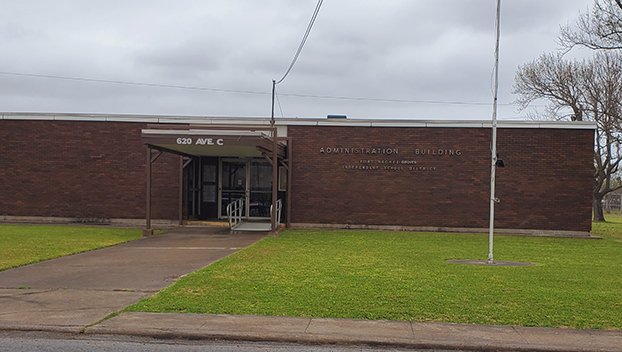 “This is a challenging situation in that we hope that we can learn from and somehow become a better school district,” Gonzales said.

Gonzales wants the public to know he, as superintendent, does not have the authority to change the district’s traditions. The change, if any, would have to come from the elected officials.

Bartlett said the issue is a community one.

“I’d like to say this is a community mascot and until our community comes together and informs the board of what our community stance is… right now the board really doesn’t have a stance because we represent the community,” Bartlett said. “That’s who put us in office is the community and it’s going to take time to go down that road, but that’s where we’re going to head, is with the community involvement.”

Bartlett said they are getting 1,000 plus emails on the topic and a change could not happen overnight “and it’s not something the community may ever want to change. Like I said, we’re waiting on the community to give us direction and from there that’s how the board will respond.”

Board member Lana Parker agreed with Bartlett, saying they have to hear from the community and she has already heard from them.

At one point over the weekend district leaders took down their Twitter account. Gonzales said the reason was due to students interacting with some of the people responding to the issue.