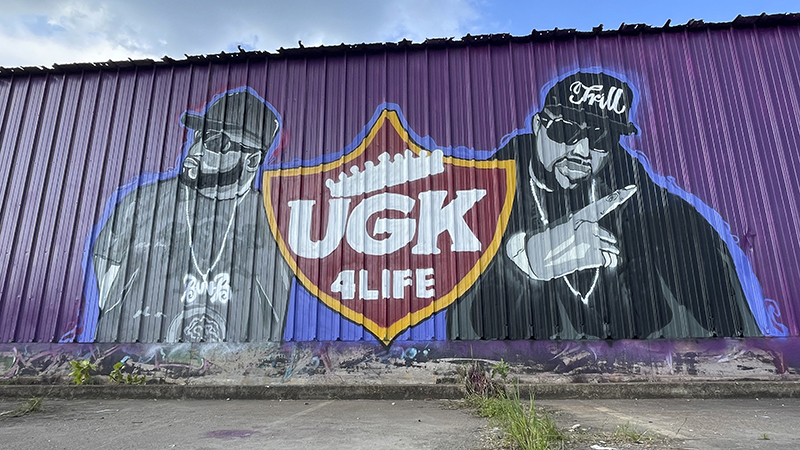 At 6:45 p.m., Houston musician Bun B will headline a performance at the Livestock Show and Rodeo.

No, that wasn’t a misprint.

“As Houston hip-hop legend Bun B prepares to take the stage…,” a recent KTRK article says.

He’s often called him the “unofficial Houston mayor.” The Houston Chronicle almost solely refers to him as a Houston rapper.

And he is a Houston rapper — now. But over time, people seem to have forgotten his legacy started in Port Arthur.

Houston Press almost got it right in a snippet that starts with, “Hailing from Port Arthur, Bun B rose to prominence in Houston as a rapper — half of the infamous duo UGK.”

(Folks, look “infamous” up before using it.)

But jump on the Internet, head on over to Twitter, and pull up his profile.

And it was on Twitter Thursday that a friend of mine sparked this very conversation by expressing sadness over “the Port Arthur erasure in Bun B’s fame.”

It’s something she and I have talked about in the past, as she worked at Hollywood Video during high school. For those that don’t remember, the rental store was located next to H-E-B on FM 365. Once it closed, the grocer used the space to expand.

Back before streaming television, the kids and I would make weekly trips to Hollywood Video. And you always knew when Pimp C (the other half of UGK) was there. He had the only Bentley in the parking lot.

One of the duo’s earlier music videos features The Port Arthur News. And when Chad “Pimp C” Butler died, his funeral was held at the Robert A. “Bob” Bowers Civic Center.

Their history and fame is well preserved at the Museum of the Gulf Coast, but it’s imperative to Port Arthur that they are remembered as a local group. Smaller communities, especially those that suffer from economic disadvantage, rely on that success to spread their footprint.

During a recent phone call with colleagues across the country, we were explaining a fact about the city in which we work, when I used UGK and Janis Joplin as reference points.

And it was immediately met with awe.

While Joplin spoke of struggles she faced in high school, her popularity has brought fans from out of the area to Port Arthur to experience a part of her life.

There is a wide misconception about Port Arthur, and that won’t change unless we are celebrating the city and surrounding areas for their part in creating history.

In 2011, a well-known mural of UGK on Proctor Street was torn down.

On that day, Bun B tweeted his disappointment, referencing the lasting impact of “what we built.”

Let’s not forget where they built it.