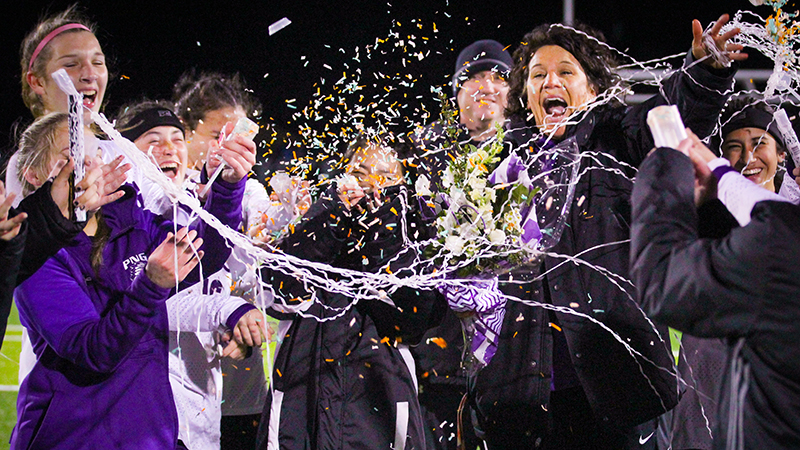 PORT NECHES — The Port Neches-Groves girls soccer team is looking to clinch a district title and the No. 1 seed this week.

The Indians entered the week with a record of 16-5-2, outscoring opponents 77-16 and recording 12 shutouts.

Hannah LeBlanc said the team needs to focus on playing a more cohesive game as the playoffs near.

Her teammate, Morgan Coates, said the team’s 11-0 win over Nederland earlier this season was the most complete game PNG played.

“We moved the ball around and got a lot of shots off,” Coates said.

The coach said the achievement says more about her support system and players than it does about her.

“I felt good to experience that with them,” Bates said. “They were more excited than I was about it. I am excited about it because I had so many kids that made that happen and assistant coaches. Being a mom, I thank my husband. We take care of the kids and business. A lot of women can’t do it. They get out of coaching to take care of the babies. I am very fortunate for a good support system and the girls. I am blessed to do this.” 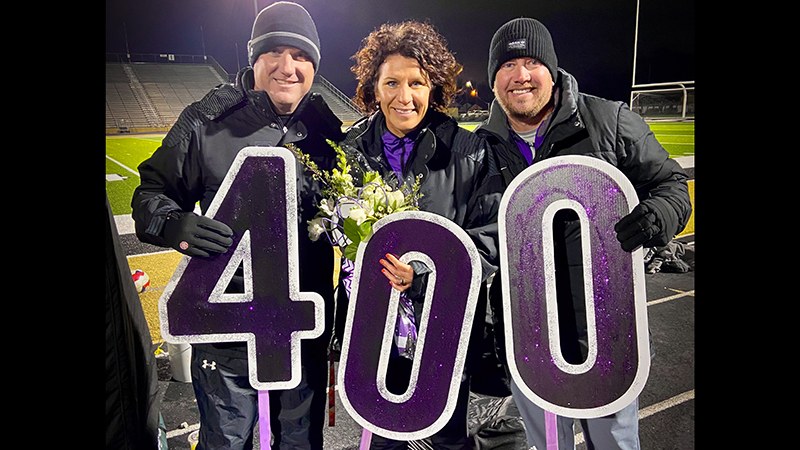 Rylee Miller said she is happy to be a part of the team that reached the 400 mark.

“I’m glad that when she looks back on that win, she will think of this group,” Miller said.

PNG’s season is far from over. The Indians wrap up their regular season Friday against Memorial at home before taking Spring Break off.

The team returns to play a warm-up match against Little Cypress-Mauriceville.

The Indians are trying to win their fifth consecutive district championship.

“I feel like the kids buy in before they even get to high school,” Bates said. “They are hungry for PNG soccer at an early age. They have that dream. When we played Nederland last week, those little ball girls were out there and couldn’t wait. There is that culture here.”

That culture has led to high expectations for the program, even among the players.

“We just want to make it further than we did last year,” Emma Zumo said. “That is always our goal.”

Last year, PNG made it to the third round of the playoffs.