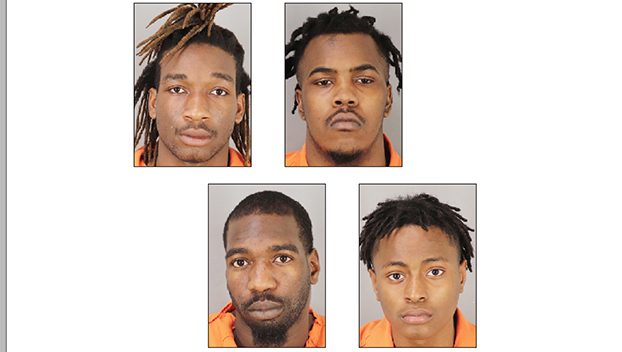 BEAUMONT — Local investigators say four Houston men were reportedly cutting catalytic converters off from vehicles and were found with the tools of the trade as well as the car parts.

Police in Beaumont were called to an apartment complex in the 4200 block of North Major Drive in reference to several people cutting catalytic converters off of vehicles. Police found a car matching the suspect vehicle description leaving the complex and stopped the vehicle.

Roberts was reportedly in possession of a saw blade during a pat down and, in the back floorboard, officers saw several reciprocating saws.

During a search of the car, police allegedly found six catalytic converters.

A vehicle was then located inside the apartment complex with the catalytic converter cut off, the document read.

Due to the men reportedly working together to steal the converters, they were charged with engaging in organized criminal activity.