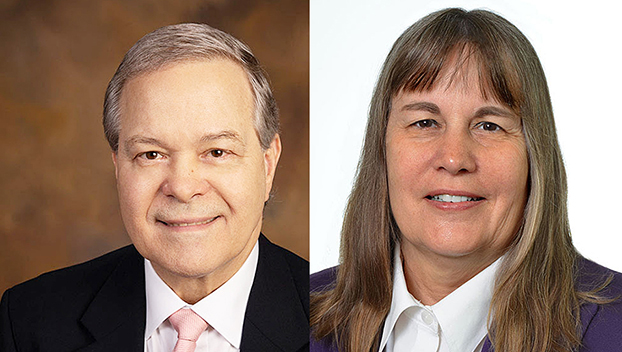 Established in 1970 by the Lamar University Alumni Association, the Distinguished Alumni Award recognizes alumni who enhanced the university’s reputation by distinguishing themselves in their careers or life services. The award also recognizes those who have made significant contributions to community, state and nation through civil activities and professional and public service.

Messina, president of Messina’s Liquor Incorporated, operates a chain of five retail liquor stores in Port Arthur and Beaumont. He is the eldest of six boys who grew up in a large Italian family in Beaumont.

Messina graduated from Lamar University with a Bachelor of Business Administration degree in marketing in 1971.

While at LU, Messina was a member of the Blue Key Honor Society and national organization Alpha Tau Omega Fraternity, serving as vice president and then president his senior year.

After playing football for LU and graduating, he joined the Cardinal Club and served on the board for more than 40 years, serving as president two different times. In 1989, Frank co-chaired the Save Lamar University Football campaign and, although it was unsuccessful in 1989, LU football returned in 2010.

The Cardinal Club raised funds each year for student athlete scholarships. With funds raised between the years of 1985-1990, the Club was able to make a Cardinal Club endowment to the LU Foundation in 1990 for $500,000, which is used yearly for athletic scholarships, according to information from LU.

As a businessman, he joined the Sabine area restaurant Association and was an active Board member for more than 40 years. He served as co-chairman of Chef’s Delight, a fine dining fundraiser for LU students, for many years. In 2012, through the Chef’s Delight event, the SARA was able to give the Lamar University Hospitality Administration – Culinary Arts program an endowed scholarship of $250,000. The Taste of the Triangle was also a SARA fundraiser that he has worked with for the past 40 years and in 2012, the SARA chose Messina as their honoree for the 2012 Taste of the Triangle.

Myrna (Pirnack) Dunnam was born in Pittsburgh, Penn., and moved to Texas at the age of 8 when her father was transferred with Gulf Oil to the Port Arthur refinery.

Dunnam is a 1964 graduate of Thomas Jefferson High School in Port Arthur and graduated from Lamar University in 1967 with a Bachelor of Business Administration in marketing. She took employment with the U.S. Census Bureau in Suitland, Maryland, as a statistician in the Foreign Trade Division.

She attended law school at night and received a Juris Doctorate from the University of Baltimore in 1978 and left the federal government to pursue a career in law.

Dunnam and her husband Milton own and manage residential rental properties in east Harris County and Jefferson County. They also own a 235-acre pine tree farm in East Texas that has been certified by the American Tree Farm Association and is ranked as a Stewardship Forest.

She also is active in her community, serving on the Board of Directors for Baytown Meals on Wheels and is a Ruling Elder in the Presbyterian Church (U.S.A.).

Other award recipients are Orlando Alvarez and Julie Wenah.

Here’s how to apply for the Environmental Champions grant