MARY MEAUX — Thankful for the memories, wishing there were more 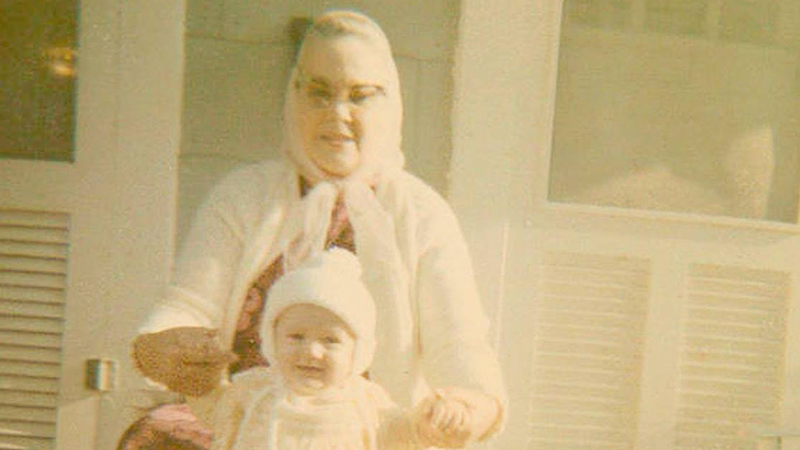 A picture of Mary Meaux as a baby with her mom, Mildred Vidrine, taken in 1965.

Sometimes I sit back and wonder what my mom would say as I pass milestones in my life.

She was there for band recitals and softball games, for Mass and sacraments at St. Catherine Church, for the times I was sick and when I was well, for the laughter and fun and friends.

I couldn’t grasp the depth of her grief, as a wife, when my dad died, because I was not quite 14. But she was there for me, just like she was for high school graduation, my wedding, the birth of my three kids and when I decided to go to college at 28.

But she wasn’t there when I finally graduated college — she died the year prior. This week marks 24 years since her death.

I’m not writing this for pity, just sharing my thoughts as a mother and grandmother.

I’m 57 now, a few years older than she was when her and my dad decided to adopt a baby. They already had two grown sons and eight grandkids, but mom always wanted a girl.

An aunt told them about a situation where Child Protective Services was involved with a married couple who had four kids, the youngest only 9 months old. That was me.

After several years, my birth parents relinquished their parental rights and I was adopted, spoiled and blessed.

There are so many events in my life and in those of my family that she never got to see: my children’s graduations and weddings (two of them so far), meeting my grandson, the birth of my granddaughter.

I can imagine her bragging on me for being a reporter. You know, that kind of bragging that makes you scrunch up your face in embarrassment and shy away. I can hear her introduce me to random strangers in the grocery store and say her daughter Mary Catherine writes for a newspaper.

If she had stayed around just a few more years, that is. She passed from cancer at the age of 84 in 1998.

I graduated from Lamar University in 1999 with a teaching degree. I missed her in that proud moment.

I missed talking to her about my disappointment at not getting immediately hired as an elementary teacher.

I missed her in 2000 when I got hired on at The Port Arthur News. Yes, she’d be proud. I’m not some amazing journalist with shelves of awards (although I do have some.) I’m just a regular person who can string some words together, form sentences and I know a little about a lot of stuff.

And I know people. A lot of people.

That’s the biggest take-away from all of this. The conversation we’d have about my experiences and the wonderful people I know.

And I bet she’d get a kick out of knowing that people recognize my name.

But she and I will have that conversation, in my heart, later.