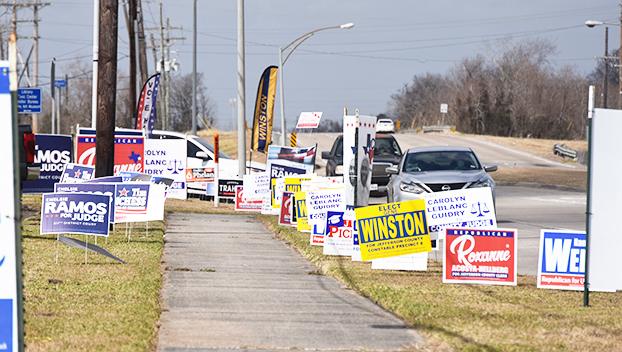 Two races with connections to Jefferson County will be headed to runoffs this May.

The winner between Trahan and Hayes faces Republican candidate Jacorion Randle in November.

The District 22 spot became available with the retirement of longtime State Rep. Joe Deshotel, who served 11 terms in office.

Also set for runoff is the Republican race for Jefferson County Commissioner, Precinct 2.

Cary Erickson brought in 2,180 votes or 34.72% of the total ballots cast in the race. He was followed closely by Alex Rupp who came in with 2,157 votes for 34.36% of the ballots in the race. Erickson and Rupp will face off in May.

The winner between Erickson and Rupp will face off in November against the lone Democratic candidate, Julia Rodriguez.

The Primary Runoff election is May 24.

Early voting runs from May 16 to May 20, according to the Texas Secretary of State website.

Other local results from Tuesday include:

This race between the two Democratic candidates was neck and neck with Joseph L. Guillory II earning 918 votes and incumbent Marc DeRouen with 876 votes.

There is no Republican candidate, and the winner of the Democratic spot wins the seat.

There is no Republican candidate in this race.

According to information from the Jefferson County Clerk’s Office, Election Division there was a 19.69% voter turnout for the Primary election. A total of 28,938 ballots were cast and there are 146,956 registered voters in the county.