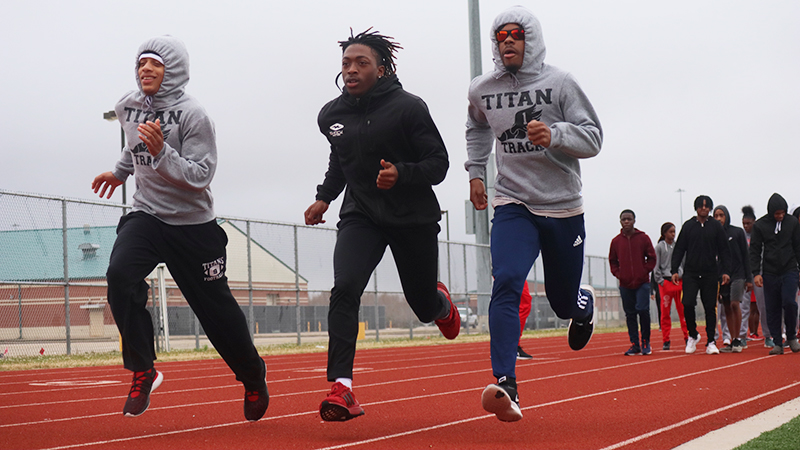 Cold and wet weather is not optimal for running track.

Still, runners Jah’mar Sanders and Jelani Chevalier know a wet and cold track could lead all the way to Austin in the warmer temperatures of May, when the state track meet takes place.

Granger, who has run the program since 2005, knows the process inside and out.

“February and a lot of the meets are just a feel-out process,” Granger said. “We are trying to get the kids where they need to be when April and May come. We still have a good nucleolus that can get us where we need to go. It is cold in Southeast Texas. You don’t want to do too much right now, but you still have to put that work in.” 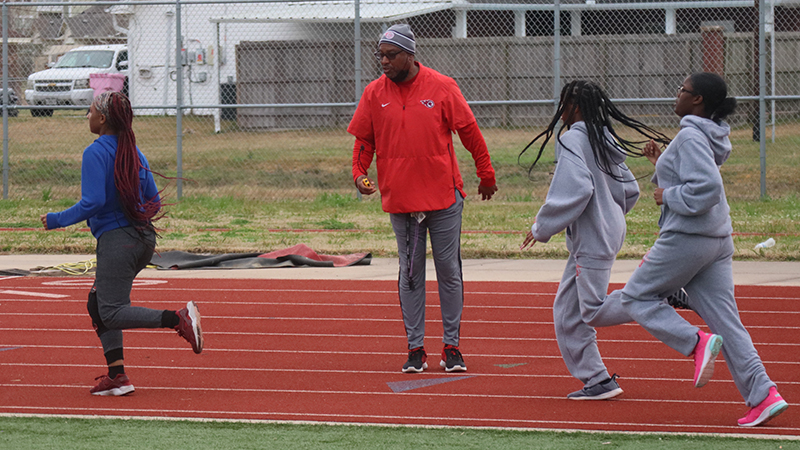 Chevalier said he and his teammates are well aware of the expectations surrounding the program.

“He reminds us every day,” Chevalier said of Granger. “Every day, he reminds us that we have to bring it, because in past years, they were running. We are trying to keep that standard.”

“I am always trying to tell the kids that when we show up, there is a bullseye,” Granger said. “They have to understand that we have to be prepared every week, because when that Port Arthur bus pulls up, they are going to expect high-quality track runners. That is what we need to be producing out here.”

Sanders, who recently wrapped up the basketball season, is back to 100 percent after spraining his knee in the football playoffs late last year.

The quarterback will join Chevalier, Edward Brown, Antonio Collins, Ilijah Williams and Devuan Davenport among others on the track.

“We have a young group and we can all run,” Sanders said. “We still want to reach that high standard. We still expect people to run fast times. We have guys stepping up. We are getting back to our normal times.”

Sanders also wants to punch his ticket to state this year.

The Titans are participating in the Bulldog Relays in Nederland March 11 and will host the Port Arthur Relays March 25.