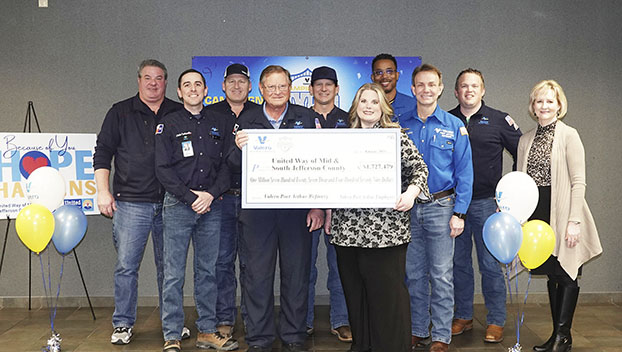 Valero Port Arthur Refinery is projected to donate more than $1.7 million to United Way this year.

The occasion was celebrated as the refinery’s leadership team handed over a ceremonial check for $1,727,479 as the largest projected donation in the history of the company.

Valero employees pledged more than $1,047,360 during the 2021-22 United Way campaign, with additional fundraising and a company match to meet the record number.

“They not only donate financially to the United Way, but our employees volunteer their time and talents to numerous organizations that provide critical programs to residents in our community.”

One of the company’s largest campaign fundraisers, the Reel United Fishing Tournament, is being planned for June 11 at Lake Sam Rayburn.

For more details about the tournament, contact the United Way of Mid & South Jefferson County at 409-729-4040.