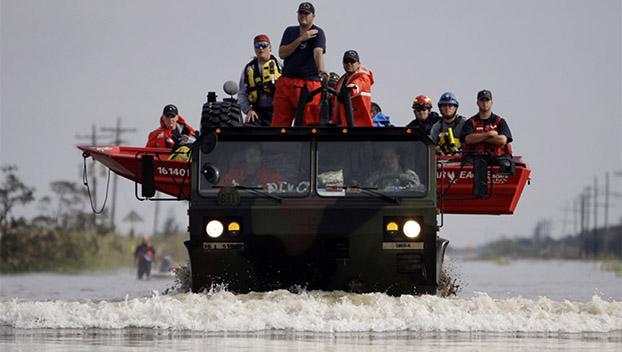 GROVES — The City of Groves has until Dec. 31 to pay the federal government more than $200,000 following an accounting error by the Federal Emergency Management Agency more than a decade ago.

Following Hurricane Ike in 2008, the city applied to a pilot program for cities to request federal money to help with the recovery process. Groves received just over $200,000 to potentially go to paying contractors to help clean up debris.

Realizing that contractors would be hard to come by in the aftermath of the natural disaster, the city opted to use the funds to pay their own sanitary workers, which is now commonplace for the program.

The city documented where the money went and how it was used, and FEMA sent another $200,000 to complete the work. After an audit, FEMA believed the City of Groves was paid twice as much as it should have been.

“Texas Department of Emergency Management (TDEM) has been great,” City Manager D.E. Sosa said. “They backed us up and said we were 100 percent right. They went to FEMA and said their people made a mistake, but FEMA will not budge from their position.”

While the city worked with TDEM to prove their case, FEMA said the issues are with the window of time cities have to dispute accounting errors.

Mayor Chris Borne said he sat in on a meeting with FEMA regarding the discrepancy.

Sosa said the city asked FEMA how to appeal, but did not receive a response.

“TDEM is the local rep for us,” Sosa said. “They agreed with us, but they do not have the authority to make FEMA do anything. TDEM has been great. Honestly, with the exception of this one incident, FEMA has been great to work with.”

During the most recent city meeting, the council voted to pay it back in two payments.

“Since we live in Hurricane Alley, we will pay it back,” Sosa said. “We will do one payment this fiscal year and one payment next fiscal, which starts in October. It will be less painful that way. In the meantime, I am still looking for ways to get this payment rescinded or get some credit here or something.”

While Sosa and the city still hold that the accounting error was on the part of the federal government, he said it is better for the city to be in good standing with FEMA as hurricane season nears.

“If we didn’t pay it, one of two things is going to happen,” he said. “They are going to deduct from the next time we have a hurricane, and we will have another hurricane, or it could damage our relationship with FEMA. They could put us at the back of the line… We have a great relationship, and we believe we are standing on principle, but if we can’t get FEMA to agree with us, we have to pay it. They are too important to us. If you look at the last 20 years, we’ve had, like, seven hurricanes.”