Garth House helping local human trafficking victims. “This is what our citizens need to hear.” 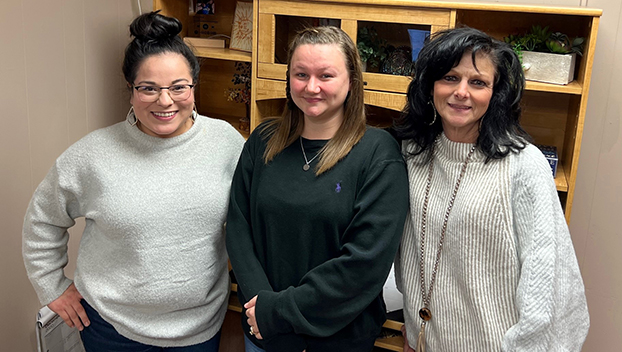 Child sex trafficking isn’t something that just happens in major cities. It’s as much a local concern as it is anywhere, authorities say.

Police have recovered a number of girls from Port Arthur found in motel rooms who have been trafficked. Garth House, a nonprofit child advocacy organization, aided the girls once they were safe. The agency works with law enforcement, Child Protective Services and the district attorney’s office in providing forensic interviews by a trained person to child victims.

The interview is recorded so the child does not have to relive the trauma with multiple other officials.

In late November, Garth House was one of 13 nonprofit organizations awarded grants during the Port Arthur News Season of Giving powered by Port Arthur LNG.

Marion Tanner, executive director of the Garth House, said the funds go to helping with human trafficking in the community, as well as schools, prevention and education.

Tanner said they had to hire two new employees to work with the trafficking cases. Their work encompasses much, from coordinating with the other agencies involved to working with medical facilities.

The agency also works as a family advocate for parents to help them understand what the child victim is facing.

“We’re seeing kids 11, 12 years old to the higher-aged teens,” Tanner said of the child sex trafficking victims. “Some of our kids were found in casinos in Louisiana and we’re working with Calcasieu Parish on those.

“This (trafficking) runs up and down I-10, San Antonio to New Orleans. Whenever things go on like Mardi Gras, the Super Bowl — if something is happening at NRG Stadium — a lot of contract workers in the area are staying in hotels. These kids do not realize what they’re getting into, or the ads they are answering. Then it’s too late.”

Tanner said the issue is real and widespread, and Jefferson County agencies are working together.

In 2018, a Silsbee area man was convicted in the first human trafficking case in Jefferson County and was sentenced to 60 years. The case had four female victims, two of which were minors.

A case in Nederland which involved a man being beaten to death stemmed from a “call out” for a sex worker, she said. While the trafficked female was an adult, it shines a different light on the issue.

The man who trafficked the adult female pleaded guilty to manslaughter and to human trafficking.

“This is what our citizens need to hear. That it is here and it is happening,” Tanner said.

The Garth House is looking to bring more awareness by educating students, parents and hotel/motel staff that work in the area.

Tanner said if there is a church group or parent group who would like Garth House to provide an educational talk, they are more than happy to do so. Educating the public, and parents is a first line of defense.