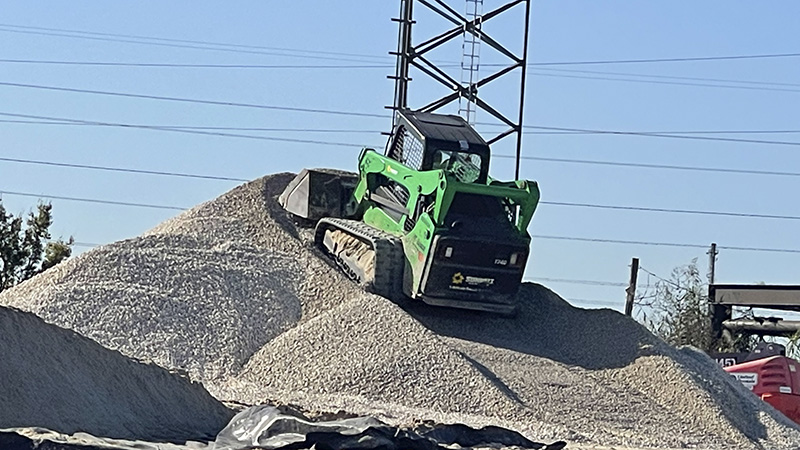 Less than two months after their official grand opening, Spindletop Concrete Inc. is off to a profitable start, and owners are looking at expanding.

Roosevelt Petry, one of the business owners, said leadership is hoping to start the foundation for a second plant in Sabine Pass in the coming months. The new facility would bring with it the same name and owners.

The business, located at 800 Ferry Road near the Veterans Memorial Bridge, was first announced in mid-2021. By December, operations were up and running with plans to include an asphalt plant and concrete crushing plant on the 20-acre plot.

“We are talking to different entities and things are looking good,” Roosevelt Petry said.

Currently they are looking to hire a multitude of positions in driving, quality control and operators.

“Any position will be paying $22-$30 an hour depending on experience,” Roosevelt Petry added. “And we want them to have a family spirit. We want one big family.”

Available employment in Port Arthur is always at the forefront of Councilman Cal Jones’ mind. The city leader that oversees District 2, where Spindletop Concrete is located, has been involved with the business from the beginning, often times spending time out there doing what he called “hanging out.”

Although Roosevelt Petry was quick to dismiss that, saying Jones had been a “tremendous help” and “extremely supportive,” especially in keeping up motivation through the pandemic.

But supporting business in the city, Jones said, is always his goal.

“I’m happy by Spindletop Concrete,” he said Thursday. “I’m happy with any business locating in Port Arthur. It’s always good to have money coming into the city.”

Jones said the additional revenue brought in by new developments such as concrete will help council fix other issues of late, such as garbage problems, fixing streets, moving junk cars, etc.

But ensuring Port Arthur businesses hire locally, he added, is just as important as locating here.

“It brings tears to my eyes to see people coming into the city and working when we have people in the city that are unemployed,” Jones said.