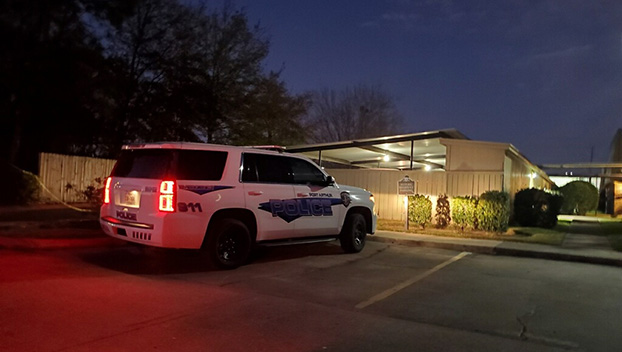 Port Arthur Police respond to the scene of a potential homicide on Friday. (Mary Meaux/The News)

At approximately 3:37 p.m., Port Arthur Police Department officers were dispatched to a check on the welfare of a man slumped over in a vehicle at 3800 Normandy Avenue.

Det. Sadie Guedry said officers located the victim, who appeared to have suffered a gunshot wound and was unresponsive.

Jefferson County Pct. 2 Justice of the Peace Marc DeRouen arrived and pronounced the victim deceased. He has ordered an autopsy.

The victim’s name will not be released until the next-of-kin is notified, Guedry announced at approximately 7:34 p.m. Friday.

Anyone with information about the fatal shooting is asked to call Port Arthur Police at 409-983-8600.