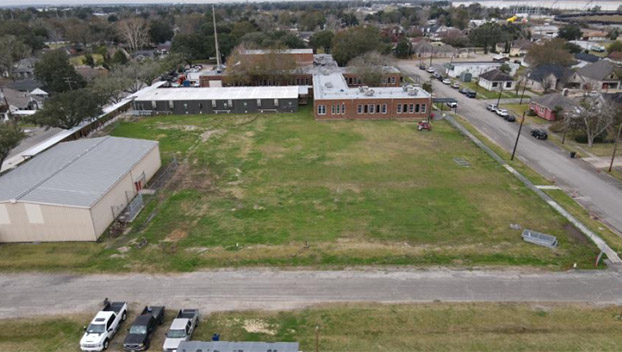 Langham Elementary School is being prepped for new construction.

The old world of ordering materials on a scheduled timeline are gone. The new pandemic world has impacted all aspects of the jobsite, putting into question what and when various materials are delivered.

“We’re seeing some items that were an issue are no longer an issue,” Bean said. “Now, something else is taking its place. It’s pretty crazy. About the time you think you have it figured out, something else happens.”

The project manager at HBNeild was part of a team updating the Nederland Independent School District Board of Trustees about what’s taking place this week at Langham Elementary School and where things stand on upgrades to other campuses.

Equipment is expected to arrive this week at Langham Elementary.

“We’ve done all the layout for the building, surveying and all the good stuff,” Bean said. “The demo crew should be moving in for the end of this week to start small demo and earth work.” 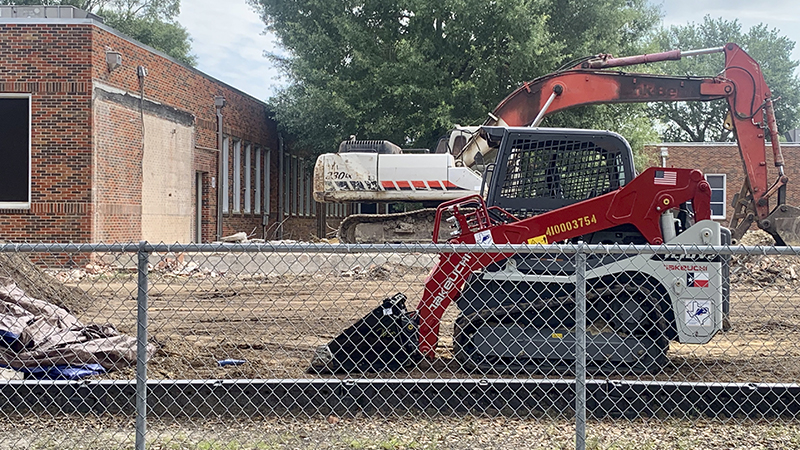 School Board Vice President Micah Mosley joked that some teachers were “going wild with text messages as soon as they saw that construction trailer” because they knew something was getting close.

Bean said the stakes aren’t up yet, but showed pictures to the board about where the new Langham Elementary would be located, which is planned on the campus’ south side on current green space.

“We’ll start pulling all this dirt out with a slight fill in to bring it up to elevation,” Bean said about work planned in the coming days and weeks.

It was a year ago that the Nederland school board approved designs for new construction and renovations to all four NISD elementary campuses.

Administrators and school board members have all said construction proposals presented by IBI will meet the terms of a recent $150 million-plus bond election and greatly improve education settings across the district.

HBNeild has received and is evaluating bids for Hillcrest Elementary to present shortly to the school board.

HBNeild received drawings last week from IBI on Highland Park Elementary and plan to issue those out to receive bids soon.

According to design firm IBI, the construction document phase for Helena Park Elementary is underway and would be released in March to HBNeild for pricing.

NISD leaders previously said all elementary school construction is scheduled to finish by the summer of 2023.

Bean told school board members renovations to the football stadium are ongoing and will see dramatic change in March with the addition of a new building on site.

Bean said HBNeild has seen a few contractors recently back out on bidding but added that was OK.

“There is somebody to replace them,” he said. “It makes me feel good because they are not overloading themselves, which is a fear of mine. I don’t want one guy to get everything because at some point that is going to be an issue.”

Plans to upgrade Central Middle School and C.O. Middle School will follow work on the elementary schools, which need to be upgraded first so they can permanently house fifth graders currently on campus at the middle schools.

When that space is opened up, construction leaders said they would coordinate with district leaders to upgrade science education and lab offerings at the middle schools.