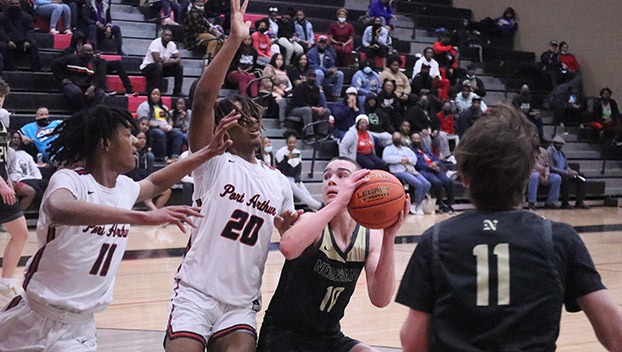 A dominant second half by Nederland propelled the Bulldogs to a 61-42 win over Memorial in Port Arthur Tuesday evening.

Nederland went into halftime with a 29-21 lead, but the Bulldogs rattled off an 8-0 run to start the second half on their way to outscoring the Titans 22-9 in the third quarter.

Memorial big man Ke’Andre Jones went down early in the first quarter, and the Bulldogs’ bigs took advantage. Nederland’s Tripp Parker had a game-high 26 points, with 14 coming in the third quarter. 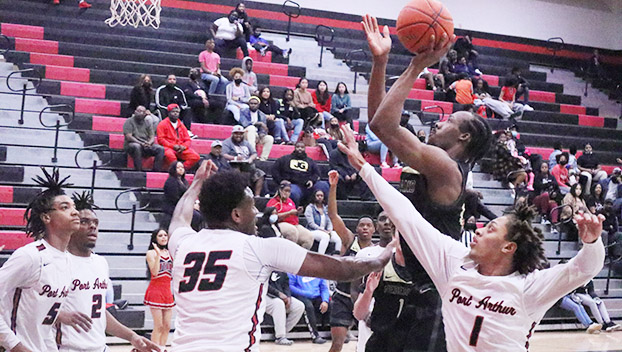 “He is a tough kid,” Nederland Head Coach Brian English said of Parker.

“He is from Port Arthur and he is a tough kid. He just plays tough. He is very confident. “Sometimes it is ugly, but we will take it. He is a throwback from 1975. He ain’t a high riser. He is just a basketball player and he goes and gets it done.”

Fellow Nederland big CJ Guidry was second on the team with eight points, all of which came in the second quarter.

English said his team’s two post players give the Bulldogs an advantage many teams can’t handle.

“(Guidry) had some great rebounds for us,” English said. “It is nice. Luckily, they have played a lot together so they know each other well. They compliment each other well.”

English said he and his coaches have emphasized getting off to hot starts in the second half, which culminated in Tuesday’s performance.

“We have been talking to the kids about having a great first three minutes and it carried us tonight,” he said.

For Memorial, Jah’mar Sanders led the team with 14 points.

Next, Nederland will host Crosby on Friday, while Memorial will travel down the highway to take on Beaumont United. 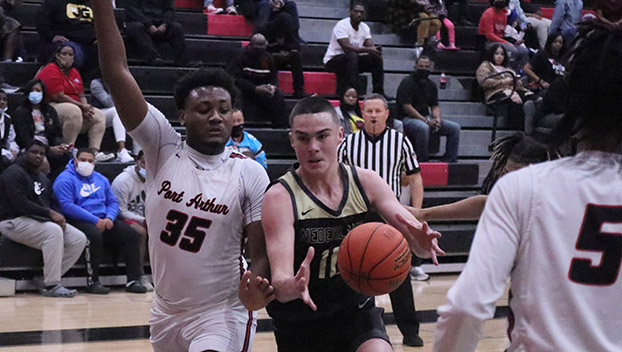