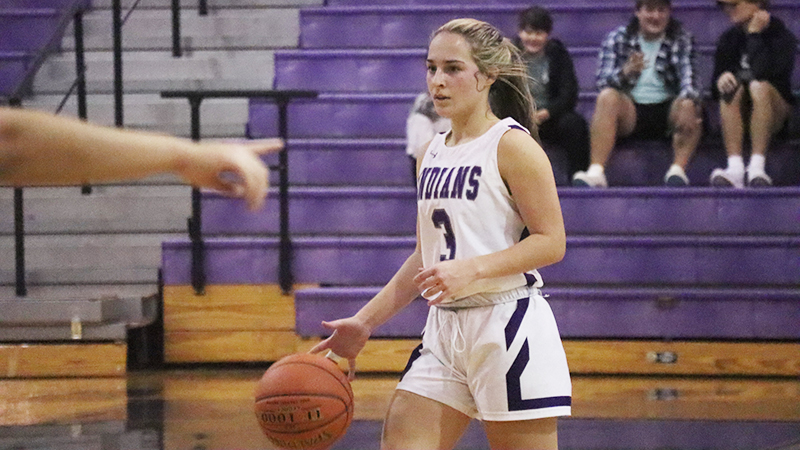 Emerey Riley became the PNG point guard as a freshman and holds the title in her sophomore season. (Chris Moore/The News)

PORT NECHES — It is typically the job of the point guard to run the offense for a basketball team. The point guard dictates the flow and tempo of the game. Usually, teams like for that role to be filled by a player with an abundance of experience, but sophomore Emerey Riley is not a typical high school student athlete.

As a freshman last year, she started on varsity after the starting point guard was injured. She also started as the goalkeeper for the soccer team.

Her schedule gets a little tricky when January starts because both sports are active at the same time.

“Soccer has started, and all through the break, I had four days of no breaks,” she said. “I had five basketball games and one soccer game. It is exhausting, but I am managing it.” 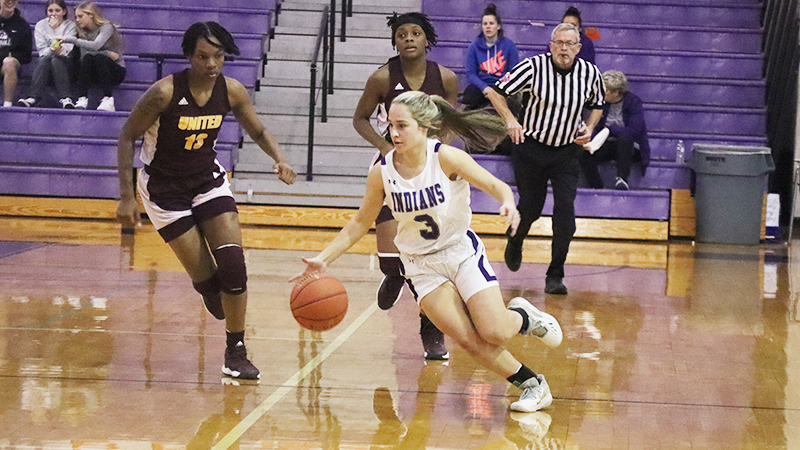 Riley, who has been playing basketball since she was in the first grade, was nervous being the focal point of the offense as an underclassman.

“Everyone has always told me that I have been a natural leader,” she said. “Coming into high school with everyone much better than me made it a lot harder. It was really hard. Taking the lead was very awkward at first.”

“She brings point guard skills by dribbling the ball up and down the floor,” he said. “We ask her to do a lot and she does a lot. Coming to me as a freshman, I can be tough at times and she has adjusted well.”

Robertson demands a lot of his point guard because he knows she is capable.

“I try to keep from telling her something every day because she has so much game in her,” he said.

Off the court, Riley’s favorite subject is history.

“I love my teacher,” she said. “I don’t have a particular time period I like. It is just a good class.”

While the team struggles to find consistent offense this year, Robertson knows he can rely on Riley’s effort.

PNG dropped a game to Beaumont United Tuesday but Riley accounted for nearly half of the Indians’ points with 12.

After the game, the point guard flexed her leadership skills by saying the team’s ability to come together supersedes win totals.

PNG travels to Barbers Hill Friday to take on the Eagles. Tipoff is set for 7 p.m.