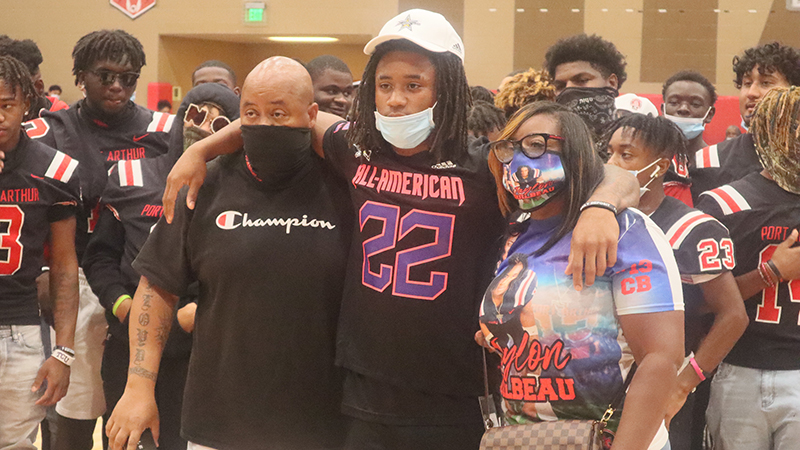 Tom Halliburton, a former sports writer for The News, once told me a story about a conversation between him and former Memorial football coach Kenny Harrison at a track meet five years ago. At a middle school meet, Halliburton said Harrison pointed to an eighth-grade kid and told the sports writer, “He’s next. He is going to be good.”

Every year, 100 of the top high school recruits in the country assemble for the All-American game as a showcase of college footballs future stars. The game, formerly known as the Army All-American Bowl, will be played Sunday at the Alamo Dome in San Antonio.

Soon-to-be Texas Longhorn Jaylon Guilbeau made the roster as one of the state’s best defensive backs and ranks in the top 150 recruits at any position in the country.

Guilbeau graduated early from Memorial last month in order to enroll in Texas for the spring semester. 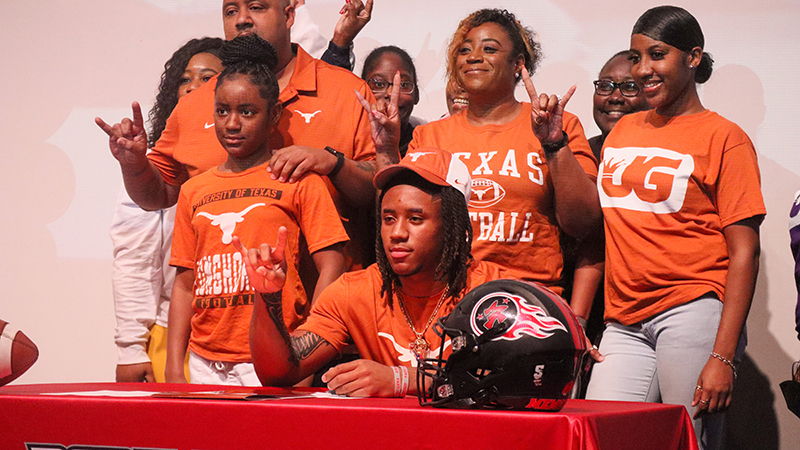 The corner had a stellar career at Memorial, locking down each opponent that lined up against him. During his time in Port Arthur, coaches never said a bad word about him; let them tell it, there was nothing to critique. As the best player on the defensive side of the ball since he took the field as a sophomore, coaches said he never took a day off or relied on his talent to overcome not working hard.

High school football programs are filled with student athletes that are more gifted than their peers. That is why the group of people still playing any sport gets exponentially smaller the longer you play. At Texas, every one of his teammates are going to be just as gifted. The receivers he lines up against at practice and on Saturdays were all the best players on their teams, but it does not appear they are going to outwork the incoming Longhorn.

I am excited to see what Guilbeau does at the All-American Bowl, but also how his college career plays out. He will get a chance to perform on a big stage at Texas. If he can manage to find his way into a starting role, the sky is the limit.

At his signing day, Memorial Coach Brian Morgan told Guilbeau he will be successful no matter what he does in life because of his work ethic and dedication.

I believe Harrison’s words still ring true for the corner … He’s next. He is going to be good.