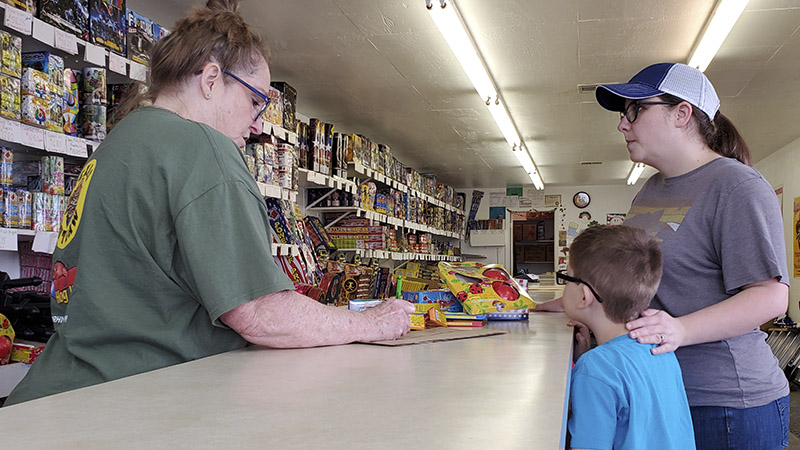 NEDERLAND — Regina Daniels, owner of Cook’s Fireworks, knew just what to get when customer Mindy Dorr asked for fireworks that weren’t loud.

Dorr brought along son Charlie to the fireworks stand located at 2489 N. Twin City Highway in Nederland Wednesday to pick out the family’s fireworks.

Mindy Dorr explained each year the task was divided between her and her parents, but this year she took the lead. 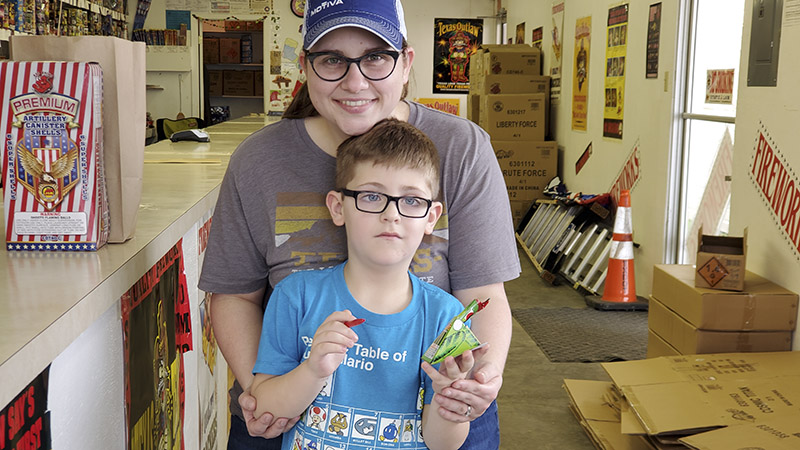 Daniels, whose father started the business 42 years ago, worked around her share of the rockets, sparklers, and artillery shells.

“This is probably the most inventory we’ve had since COVID. I hope by next season it’s back to normal,” Daniels said when asked for a comparison of sales.

But fireworks tend to be a mainstay for many. Daniels said she has seen generations of families come through. She remembers a couple coming in that were dating. Then six months to a year later they were engaged. That was followed by their marriage and birth of a child. Now that child is graduating high school, she said.

As for what’s popular in the fireworks world — that tends to be the big ones such as artillery shells and big ones that are powerful.

Popping fireworks is illegal in the city limits so those wishing to take part in the revelry can go to an area where it is not prohibited.

The Texas Department of Insurance offers the following tips for safety: