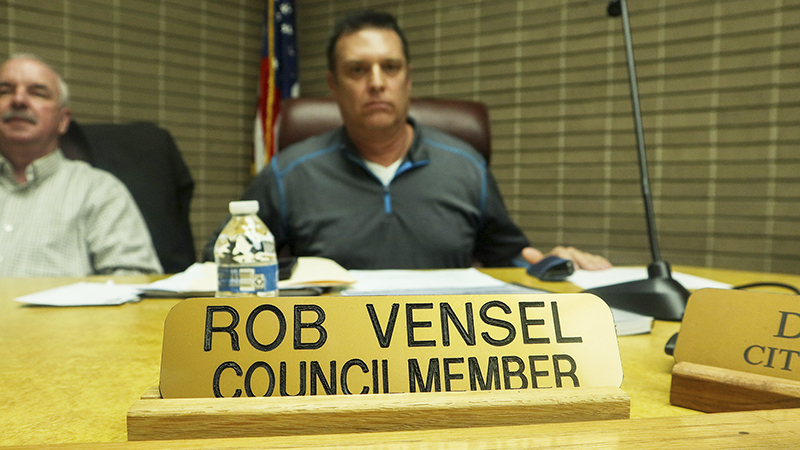 GROVES — Newly elected Groves councilman Rob Vensel was sworn in during a council meeting this week. Afterwards, Vensel took his new seat on the council, replacing Sidney Badon, who elected not to seek reelection.

“First, I want to thank Councilman Badon for his years of service here,” Vensel said during the councilmember comments portion of the meeting.

“I have some big shoes to fill. I appreciate your help. I will be calling on you. I know you said you will be there for me, and you have always been there for me. Next, I want to thank my friends and family for their support. I couldn’t have done it without you. I look forward to working with this current council, mayor, city manager and attorney. I appreciate it.” 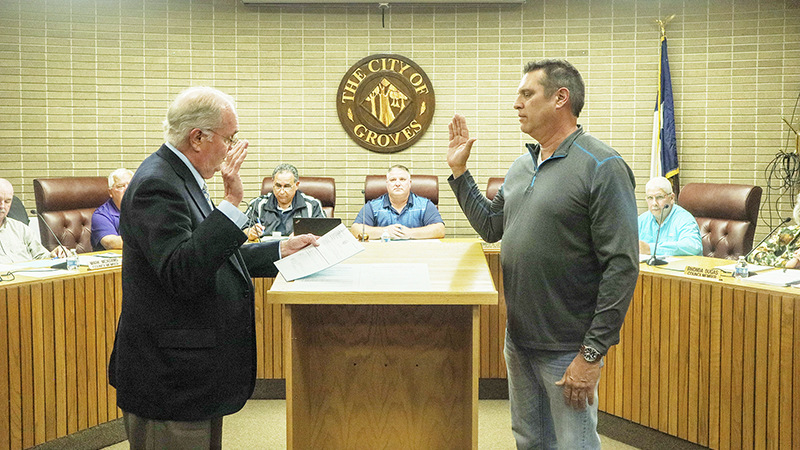 Vensel recorded his first official vote on setting the times and dates for next year’s council meetings.

Meetings will continue be held every other Monday at 5 p.m..

“It felt great,” Vensel said. “I am looking forward to working with these guys. I am going to take some time to figure out how everything works. I have been coming to city council meetings for 12 years, but it is a lot different sitting here. I am friends with all of these people. I know they will help get me on the right page and it will be a smooth transition.”

Now-former councilmember Badon said he wanted to thank the residents of Groves for electing a good person for the job.

The council also voted to award a $28,500 construction bid to LD Construction with Community Development Block Grant funds. The money must be used by the end of the year, or it has to be sent back to Austin, City Manager D.E. Sosa said.

An alternative bid was approved for Coastal Construction in the event LD Construction could not complete the job in time.

The bid is for completing overlay of Lackey Street. The work is considered cleanup and repair as part of a previous sewer project that also used CDBG funds.

The next council meeting is scheduled for 5 p.m. Jan 3.