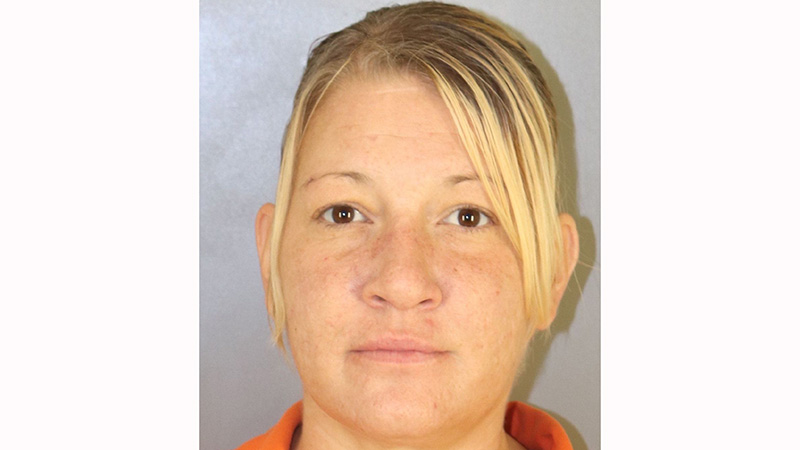 A Nederland woman suspected of driving under the influence with a child in the car had to be physically picked up by two officers and placed in a patrol car after she resisted arrest by sitting on the ground, authorities said.

Susan Marie Valentine, 43, was stopped in the 2500 block of Canal Ave. at 2:15 p.m. Oct. 6 after police were notified about a “reckless driver,” according to a probable cause affidavit.

The initial officer called for assistance from a second officer, who wrote in the document he could smell the “heavy odor” of an alcoholic beverage coming from the driver.

The woman reportedly told police she drank prior to being pulled over.

After she was handcuffed behind her back, Valentine reportedly sat down beside the patrol car to avoid being placed in it. The two officers picked her up, but as she was placed in the back seat, she stuck her legs under the door so it could not be closed. And once officers were able to get both legs in the vehicle, she reportedly began to move around in an effort to avoid being buckled in.

Following obtaining a warrant from a judge, a blood draw was performed and the driver was booked into the Jefferson County Jail on a charge of felony DWI and resisting arrest.

As of Friday morning, she was still in jail on bonds totaling $55,000.