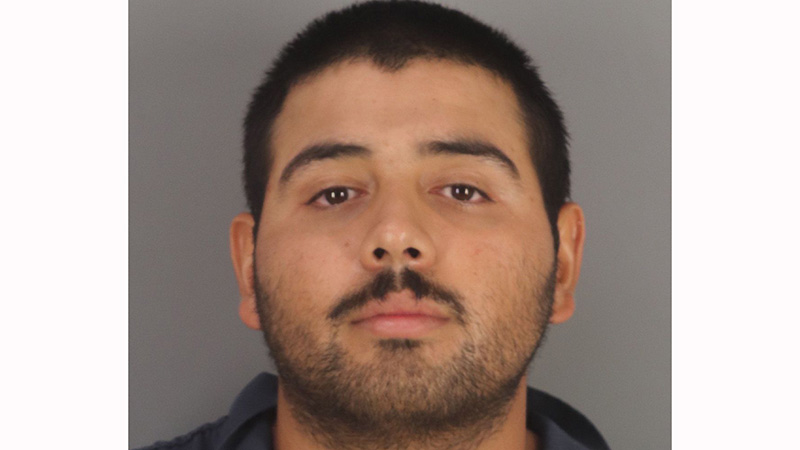 A Beaumont man could be facing life in prison after he reportedly pointed a gun at police when they found him covered in vomit and listening to music in a stolen truck that was sideways in a ditch.

Christopher Jaimes, 25, was indicted Wednesday by a Jefferson County grand jury for the Dec. 2 incident.

According to a probable cause affidavit, a Beaumont police officer was called to the 3550 block of Dowlen Road in reference to a suspicious person.

On arrival, the officer found a white 2016 Toyota Tacoma on its side in a ditch. The sole occupant of the truck was reportedly lying on his back on the passenger side door, playing music “very loudly,” had slurred speech and vomit on his body.

When he saw the officer, the document states, the man in the truck showed his middle finger.

The officer ran the number on the license plate, which had been reported stolen. When he returned to the driver, the man reportedly pointed a gun at the officer, who then backed away from the truck. Backup was called and the man was talked out of the truck, where he was handcuffed and taken to the Jefferson County Jail.

As of Friday morning, Jaimes remained in custody on a charge of aggravated assault on a public servant and had a $250,000 bond.