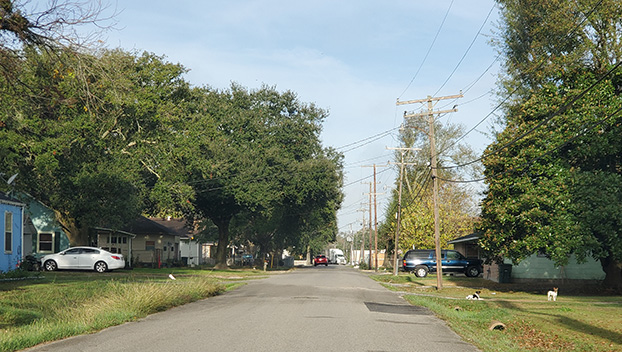 Violence erupted on Sabine Avenue Thursday night where one person was shot and another stabbed. (Mary Meaux/The News)

A person was shot and another person was stabbed during an altercation in Port Arthur Thursday night.

The block where the crime occurred is near the middle of Sabine Avenue not far from 13th Street. Gulfway Drive flanks the avenue on one end and Lewis Drive on the other.

On Friday morning there was no indication any violence had occurred in the area.

Further details were not available on Friday afternoon.

Port Arthur Police have not made public any arrests or confirmed any suspect information.