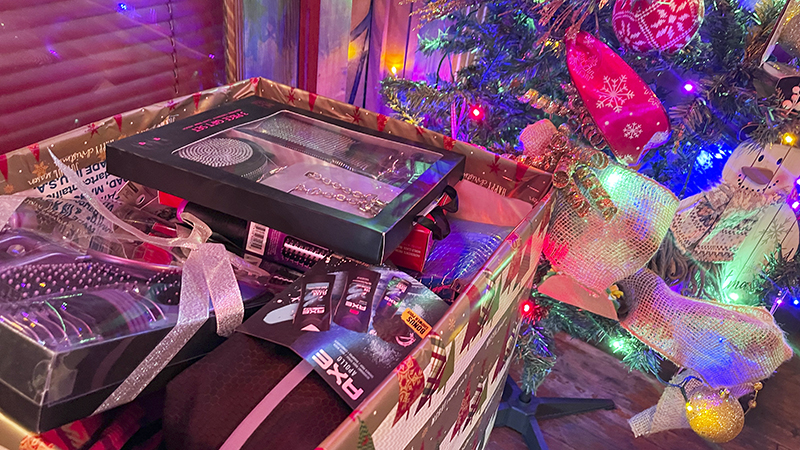 Taco Rey in Nederland is serving as a drop-off location for toys that will go to Child Protective Services. (Monique Batson/The News)

Shari Pulliam said it’s not uncommon for Child Protective Services to enter a home on Christmas Day and find no sign of the holidays.

But with the help of several businesses, including two in the immediate area, the CPS spokesperson said they’re working to change that.

It’s something they’ve done for 15 years, last year helping 2,000 children who were either in foster care or in the care of a relative after having been removed from their guardian’s home.

“There’s a lot of abuse and neglect that happens this time of year just from the financial and mental strain,” Pulliam said. “A lot of the children are living with family members, and we want to make sure those families have all the help they need. That’s a huge financial burden for a grandparent or aunt and uncle taking on these children.”

Taco Rey in Nederland and Landlord’s Daiquiri Den in Port Arthur are two of the Jefferson County locations collecting toys for CPS.

Johnny Collazo, owner of Taco Rey, said this is the second year for the restaurant to participate.

“It’s been really great,” he said. “The customers enjoy it, and they like that they get a free appetizer (with a toy donation).”

Although a lot of customers — particularly the regular ones — aren’t concerned about the free appetizer, he added. They just participate to help.

“It touches close to home because we have friends who have foster kids,” the restaurateur said, saying one reached out and thanked him for the restaurant’s efforts in helping foster children.

Pulliam said as of Wednesday there were 387 children in foster care in Jefferson County alone.

“It feels so good to know a child is going to have a smile on their face because there’s a present under the tree,” she said.

Taco Rey is located at 1505 Nederland Avenue in Nederland.