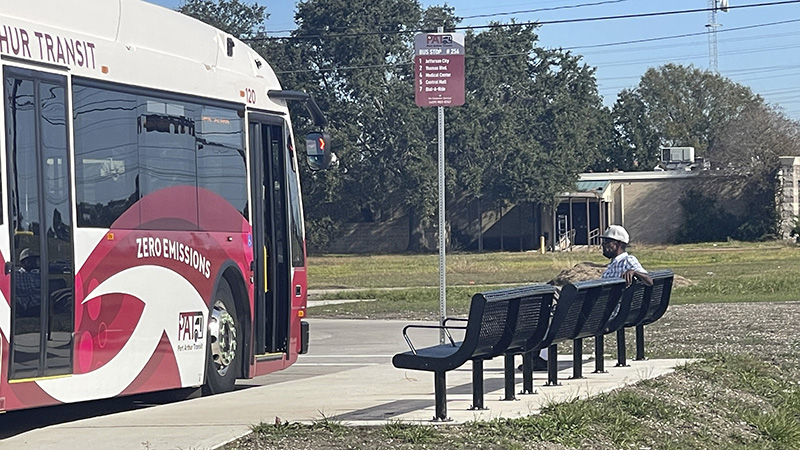 The bus stop at the Port Arthur Public Library was recently renovated with new benches, however whether or not to cover it with a shelter is under review. (Monique Batson/The News)

The City of Port Arthur Transit Department is working on more than $3.6 million in projects to improve public transportation — from adding to the number of buses to working on several drainage projects that will improve flooding in high-risk areas.

Ivan Mitchell, transit director, updated City Council this week on a number of projects in the works, as well as a status on those that have been completed.

“As of now, we’ve completed about $13 million worth of capital projects over in the transit department,” Mitchell said. “A lot of things were old and needed to be updated, so we’ve made the effort to get things updated and renewed. I think we’re on a good track as of completing items. A lot of funds for these items have been reimbursed by the federal government.”

While a lot of the aforementioned projects were paid for by grants, Mitchell said some included a partial match from city funds.

The new electric buses, he added, have had a positive impact on riders and operators.

“The residents seem to like them,” he told council members. “They think they look good. They think they’re nice and quiet. They think they’re a very smooth ride. Our operators have not complained. They now always want that specific bus. So I think overall we purchased a really good product that should be in the city for years to come.” 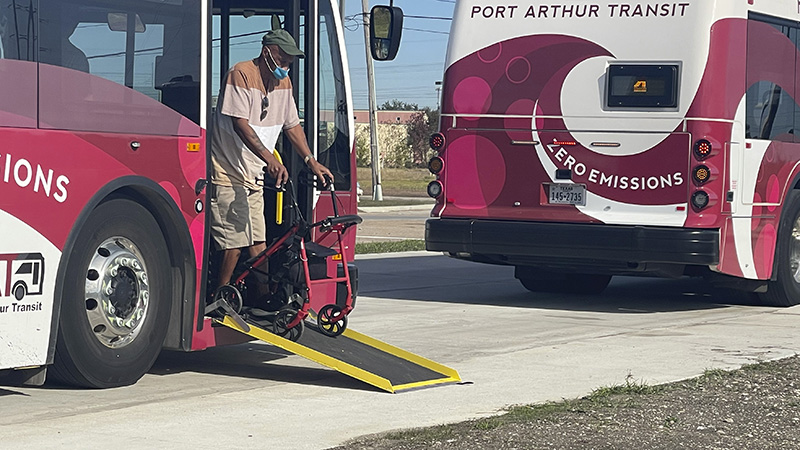 Work will begin soon to ensure all city bus stops are on pavement in order to make them compliant with the Americans with Disabilities Act. (Monique Batson/The News)

The lifespan of the buses is 10 years.

But they do intend on purchasing another by September 2022. The cost will be $800,000, a portion of which will come from grant money supplied by Entergy Texas specifically for the purchase of an electric bus.

Councilman Thomas Kinlaw questioned the need for the new bus, as the city operates 10 on six routes.

Mitchell answered with a variety of reasons, saying the 11th bus ultimately would serve as a reserve.

“We operate 13 hours a day,” he said. “Depending on the weather, the driver, the road conditions; some buses can last 13 hours on a single charge. Some days that bus might not. So we have to have buses in reserve to switch out, otherwise (one) will die in the road.”

Also on the list of current projects are parking lot construction, a new storage building, drainage improvement in certain places downtown, bus stop construction and the addition of benches at bus stops.

The stop at the library has three recently installed metal benches for those waiting; however, it does not include a cover.

Mitchell said there are no plans to add a cover to the library bus stop, as the cost of one shelter is the same as 15 benches; therefore the transit department is looking at adding additional seating instead.

Mitchell said all options are on the table.

The standard rate is $1.50 one way and $3.50 for a day pass, however rates differ for children, senior citizens, disabled individuals, etc.