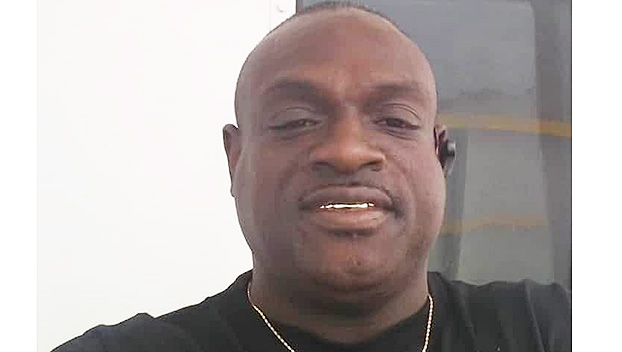 Port Arthur police released the description of a man seen in August running through the yard of a homicide victim shortly before the death was discovered.

Authorities are asking for the public’s help with the case.

This is the first time a description has been released since the killing of Lonnie Scott, 54.

Police said they received a call of suspicious activity at approximately 9:28 a.m. Aug. 10 in the 2200 block of 17th Street.

The caller stated a black male wearing a red and blue cap, gray hoodie and blue jean shorts was seeing running through his neighbor’s yard.

Det. Sadie Guedry stopped short of calling the person witnessed by a neighbor a suspect, but added police would like to speak with him.

As for the release of new descriptive information this week, Port Arthur Police said they wanted to make sure as many people in the public knew about it as possible.

Officers checked the home and found the homeowner dead inside. Police believe there was forced entry made to the residence.

Preliminary autopsy findings show Scott died from two gunshot wounds to the head fired from medium range, according to information from Jefferson County Justice of the Peace Pct. 2 Marc DeRouen.

If you have any information about this crime, contact Crime Stoppers by calling 409-833-TIPS (8477), online at 833TIPS.com or download the P3 TIPS App. You will remain anonymous and may be eligible for a cash reward.

Man accepts plea on lesser charge in case of…