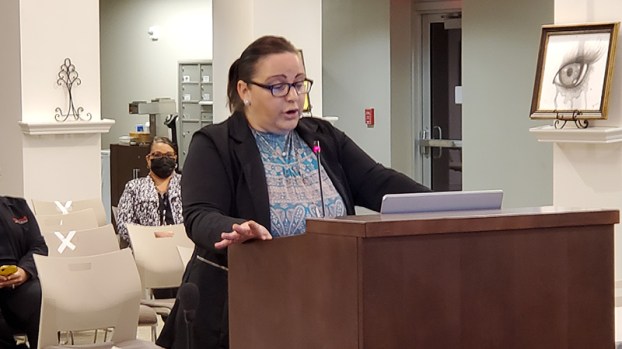 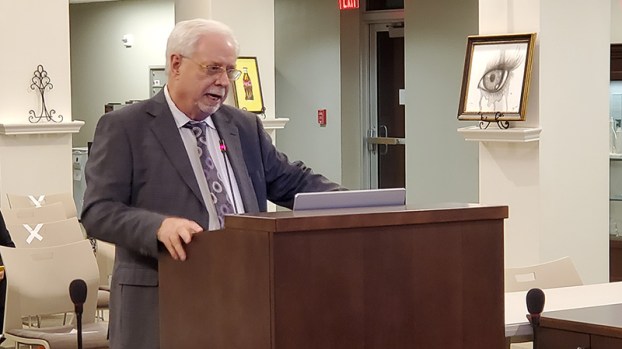 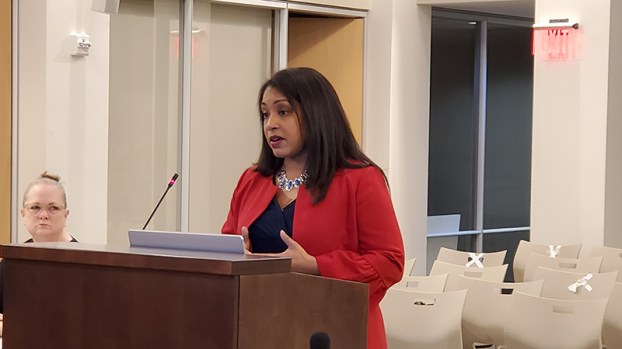 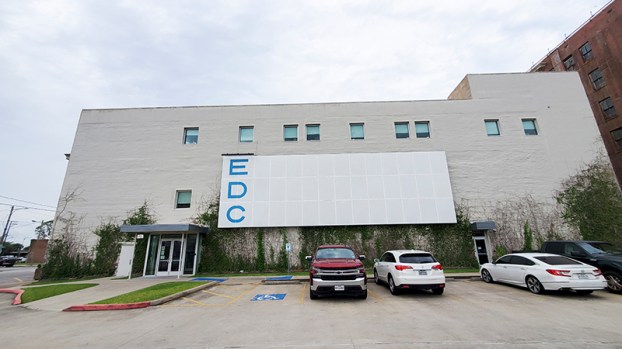 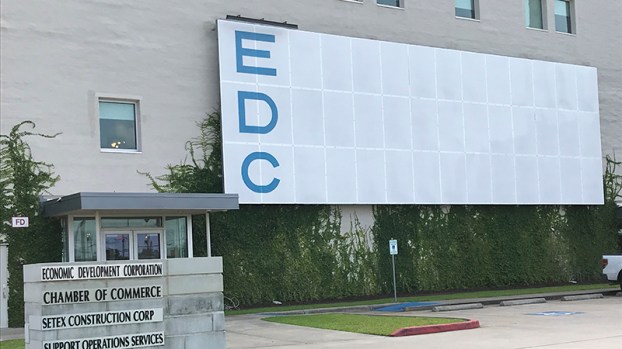 Biguita Hernandez-Smith, Larry Calhoun and Jessica Carpenter each took a turn at the podium.

Hernandez-Smith and Carpenter used the computer and large screen TV to show facts on the city of Port Arthur and all it has to offer while Calhoun chose to make his pitch verbally only.

Hernandez-Smith addressed the board as if they were owners of the Ruby Slipper Café, a popular New Orleans brunch restaurant that started small and expanded due to its success.

She referenced Census information, economic trends and reasons why the city would be a good match and gave projections for the future of the business.

Biguita Hernandez-Smith is originally from New York and lives in Beaumont and is the owner of consulting company Breathe Workforce Development.

She ran unsuccessfully for mayor of Beaumont in May. According to her bio when she was a mayoral candidate, she has served as director of the employer service division of Workforce Solutions in the Houston/Galveston area, Assistant Commissioner of the New York City Minority and Women Owned Business Enterprise BID TO WIN program, Director of NYC Business Solutions and National Alumni Director for Goldman Sachs 10,000 Small Businesses.

Larry Calhoun, of Conroe, spoke to the board while he gave the benefits of choosing Texas and Port Arthur as a place to do business.

He highlighted the state’s and city’s access to ports and other modes of transportation, cited the infrastructure available and more.

Calhoun said his last job was in Kentucky and that he is back in Texas now.

His LinkedIn profile shows him as president of Calhoun Real Estate Services from May 2014 to current but is not updated to show the position in Kentucky he held as the EDC director of Harlan County.

He has also served as executive director Conroe Industrial Development Corporation from 2006 to 2014.

Jessica Carpenter, of Victoria, provided information on what the city has that makes it perfect for economic development. One of her focuses was on the city’s port.

Carpenter last worked as development director at Port Lavaca EDC and has held the position of planning director for Island County in Washington among other jobs.

The PAEDC board did not vote on a finalist Monday night.

The decision will be made at a later meeting and will ultimately have to be approved by Port Arthur City Council.