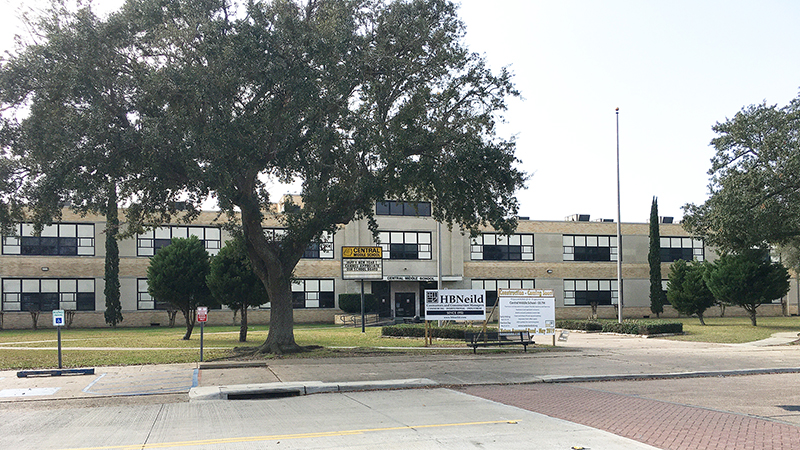 NEDERLAND — A Mid County middle school student was removed from campus Wednesday after school officials said he brought a pellet gun to school.

“The situation was handled quickly through the office along with the assistance of our school resource officer and the Nederland Police Department,” Gauthier said. “The majority of the campus was unaware of the incident. The student will be disciplined in accordance with the Student Code Conduct.”

Gauthier said there was never a threat to students or staff at any time.

“We take very seriously the District’s policy for weapons, look-alike weapons, or other dangerous instruments,” she said.

“The resource officer went to the school and found a 13-year-old with a backpack that supposedly had a firearm in it,” Porter said. “When they went to search the backpack, the child resisted.”

The student was brought to the police station, where he was charged with resisting an officer, which is a Class A misdemeanor.

The student was then released to his mother’s custody.

According to the school district, only one student was disciplined for the pellet gun possession. School officials have not detailed how they found out about the gun.