Plans for US 69/TX 73 reconstruction updated. How will it change your route? 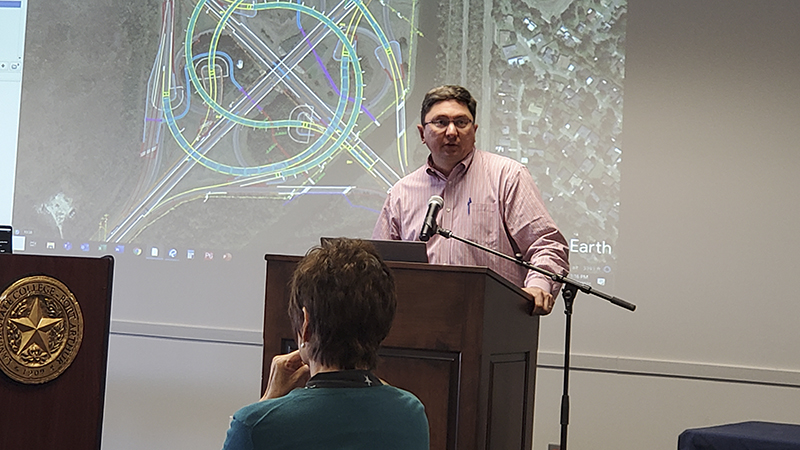 With $58 billion in local and area projects and expansions either underway or in the planning process, major thoroughfares of U.S. 69 and Texas 73 are vital.

This is especially true now as the Texas Department of Transportation prepares to move from a cloverleaf exchange to a turbine exchange.

The new Port Arthur Interchange at U.S. 69/Texas 73 is unique and will be only the second of its kind in the State of Texas. The other is located in Amarillo, Rick Kronenberger, senior project manager with LJ Engineering, said.

Kronenberger and TxDOT Assistant Area Engineer Bryce Broussard presented the plan of action Monday to area big business that would be impacted by the upcoming roadway changes and detours, which will last four years.

“The first year and nine months of that (four years) is doing earthwork, doing temporary rerouting,” Kronenberger said.  “Also during that timeframe is when the cloverleafs will go out of service.” 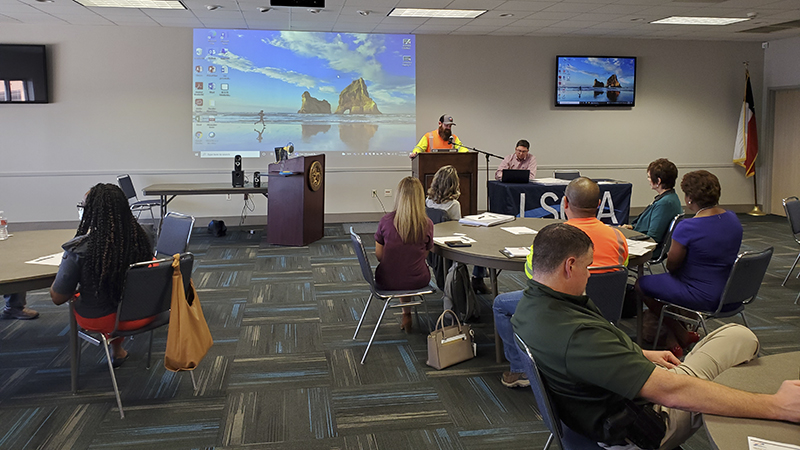 There are a number of detours in the works:

Message board and signage will help alert motorists to the changes and an alternate route of Texas 87 and Texas 347 are ways to avoid making the long detour.

Pat Avery, president and CEO of the Greater Port Arthur Chamber of Commerce, which hosted the event at the Parker Center and on Zoom, brought questions to Kronenberger from participants.

“What these large employers really want to know is, no. 1, are they going to be notified when you shut down roads so they can notify all of their employees trying to get to work and what is the speed limit going to be for these folks to get to work?” Avery said. “Those kinds of things, those are really important because a lot of the plants start at the same time so there’s massive traffic at 5 o’clock in the morning.”

Speed limits will be posted in the affected areas.

Larry Kelley, executive director/CEO of the Port of Port Arthur, posed a question that made others take note.

With Savannah Avenue as one of the main areas to detour, Kelley asked if there are any planned improvements for the already busy intersection that’s under a section of Texas 73. The road is part of one many people use to get to the local refineries.

“Yes, temporary improvements are for this detour. I know we’re going to be pushing a lot of traffic through there,” Kronenberger said.

While the temporary fix will be in place during the construction phase it is something that could be brought to TxDOT in the future for a permanent fix.

“I know of about $58 billion of projects in this little area here that you’re talking about and I don’t see that getting smaller. I see that getting bigger, so that means more construction, more contractors, more people at the plants and all of that so please keep that in mind,” Avery said.

The total interchange project includes reconfiguring the interchange from the cloverleaf to a turbine, or spiral, configuration, adding direct connectors, adding main lane improvements, improving frontage road and ramps, adding retaining walls and culverts and widening and replacing bridges, according to information from TxDOT.