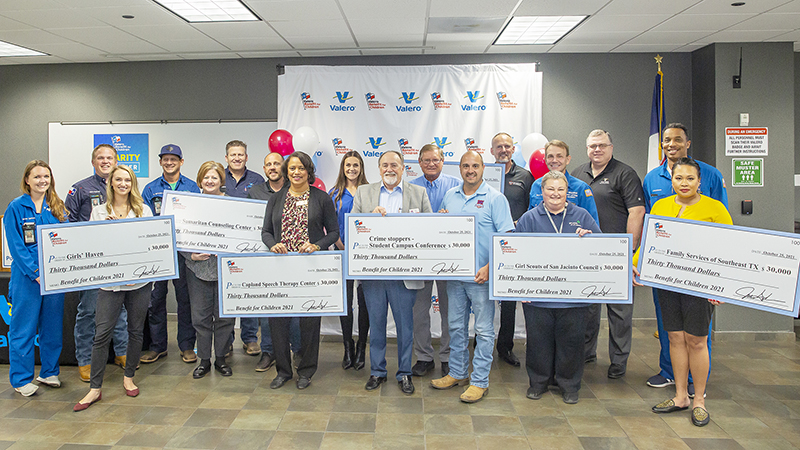 This year the tournament and associated events, including the BFC, raised more than $16 million in net proceeds for charitable organizations across the U.S., including those in the Port Arthur area.

The tournament is ranked No. 1 in charitable giving on the PGA TOUR this year.

“Valero is honored to be part of the tournament’s legacy of giving back through the generous support of our business partners and sponsors,” said Joe Gorder, Valero Chairman and CEO.

“With our long-standing relationship through the BFC, the tournament has helped raise more than $187 million for charities, positively impacting many lives in the communities where we operate across the United States.”

“We’re proud to continue supporting these agencies and all they do to improve children’s lives in Southeast Texas,” Skobel said.

The 2021 Valero Benefit for Children local recipients are: