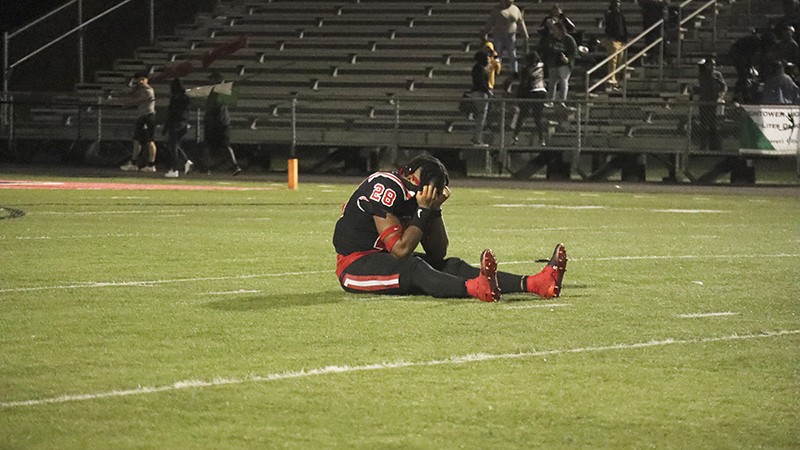 An emotional Adrian Hayward sits on the field after a loss to Hightower in the first round of the playoffs. (Chris Moore/The News)

Starting quarterback Jah’mar Sanders left the game in the second half with a leg injury and did not return. He was seen on the sideline with crutches.

The score was 21-14 at the time the injury occurred. 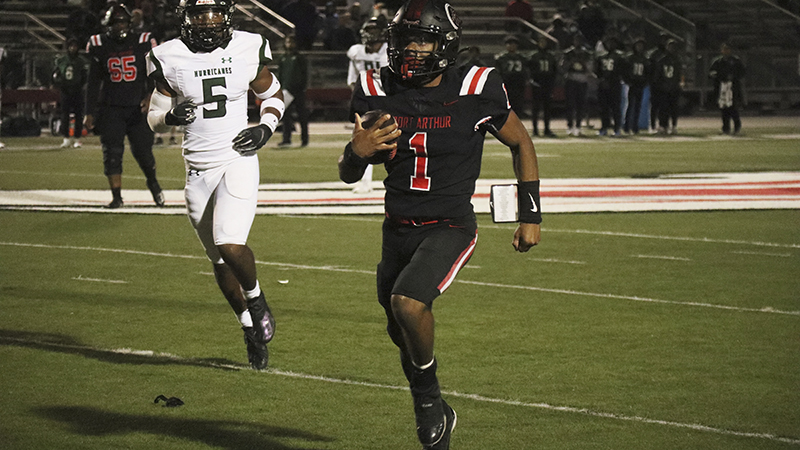 Quarterback Jah’mar Sanders carries the ball in the first half. (Chris Moore/The News)

Receiver Ilijah Williams took his place and led the Titans on a game-tying drive after a botched fake punt by the Hurricanes gave the Titans the ball on the Hightower 25. On the next play, running back Adrian Hayward scampered in to tie the game at 21-21 with 11:27 left in the game.

The Hurricanes responded with a long drive of their own. On third and five in the red zone, Memorial had a chance to prevent any points, but a Memorial linebacker dropped a pick that would’ve given the ball back to the Titans on their side of the field.

Hightower nailed the go-ahead field goal with less than two minutes left in the game. After a couple of first downs, Hightower picked off a deep shot down the sideline and ran out of the rest clock.

Both teams appeared to come out a bit nervous with back-to-back fumbles. Hightower fumbled the opening kickoff, giving Memorial prime field position deep in Hurricanes territory. However, on the next play, Memorial fumbled, giving the ball right back to Hightower. 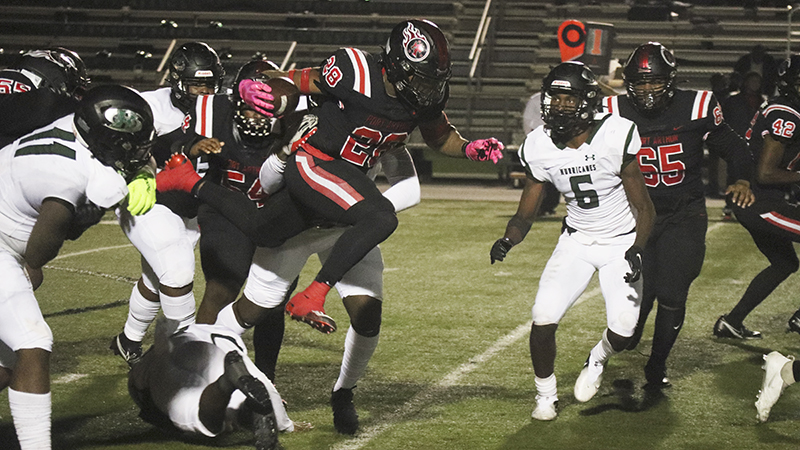 Both teams had their share of turnovers in the first half. The Titans had one fumble and two picks by senior quarterback Jah’mar Sanders, although one was on a Hail Mary play before halftime.

The Hurricanes fumbled the ball three times with the Titans recovering two of them.

The game-changing play came late in the fourth quarter. After backing up the Hurricanes to a third and 14 deep in their own territory, Memorial let Hightower sophomore running back Jeremy Payne run right up the middle for a huge gain to put the Hurricanes in field goal range.

The loss marked the fourth consecutive year the Titans fell in the first round, three of which came in Memorial Stadium as the higher-ranked seed. 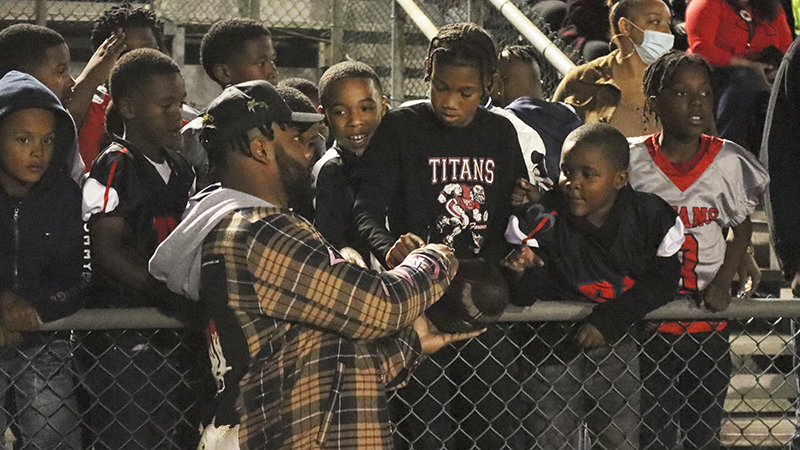 The Game Ball Goes To…The Memorial defense held Hightower to 246 total yards. The front seven caused chaos in the Hightower backfield all night and came up with huge plays.

The Play Of The Game Was…With the game tied, Hightower running back Payne broke free on a draw play that turned a bad situation for the visiting Hurricanes into a game-winning field goal.

Other Key stats…Sanders exited the game with 71 yards rushing on 23 carries and two touchdowns. He also completed 13-of-23 passes for 153 with two interceptions.

Hayward carried the ball 16 times for 81 yards. Hightower’s Payne produced most of the Hurricanes’ offense with 21 rushes for 152 yards. Memorial outgained Hightower 343-246, but the Hurricanes won the turnover battle 4-2. 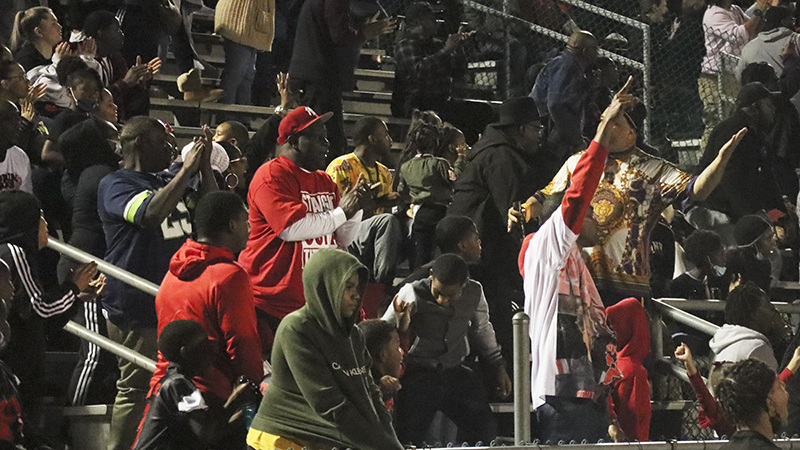