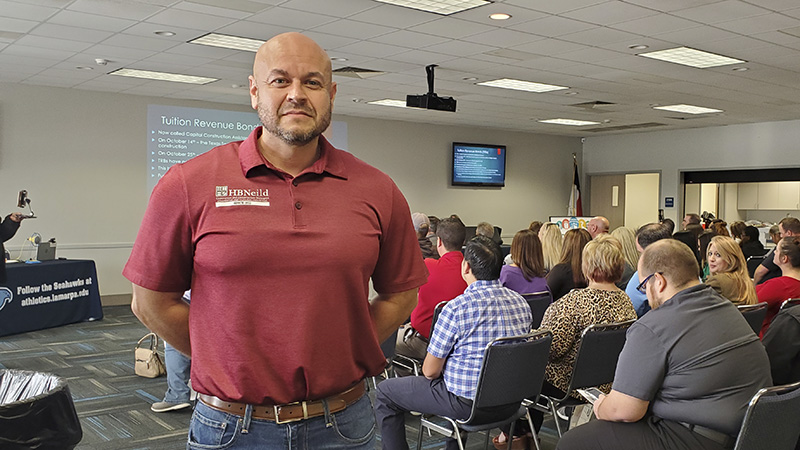 The business climate is steadily improving locally after a dip during the pandemic, local business people say.

But this wasn’t accomplished overnight.

Elton Hollis III, general manager of RT Technical, explained some of the woes in the industry.

“On the project side of this, the biggest problem is you have these projects on hold for so long,” Hollis said. “Prices are going to go up, and projects are going to open up. Instead of doing one this month and one that month, we’re going to be doing multiple projects on top of each other. It’s literally like just busting a dam, and when it opens it’s everybody trying to do all these projects at the same time.” 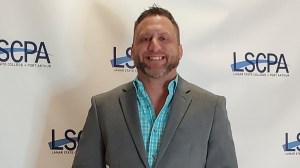 But the Nederland business, which performs custom fabrication, custom electrical and pneumatic panels, and more, found a plan that worked — they didn’t lay off employees through the pandemic.

Hollis said this is how they’ve been able to keep the projects going.

From a refinery perspective, those businesses are working to spread the projects out so instead of having a lot of work in a small timeframe, the work is spread over a bigger timeframe, he said.

Plus they have taken advantage of resources like the chamber of commerce, the local college and Texas Workforce Solutions.

You can see their work, which is underway at the old armory building on the Lamar State College Port Arthur campus.

“We started hiring more personnel because we’re so busy. The only downside to that is that it’s hard to find workers right now and I think everybody is probably going through that at the moment,” Aguilar said.

The jobs are there for skilled workers such as carpenters, plumbers, sheetrock workers, painters and tile workers. 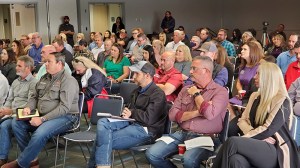 There was a packed house during the recent Contractors Business Development Group meeting. (Mary Meaux/The News)

The two businessmen were among more than 100 attendees at a recent Contractors Business Development Group meeting. The event is sponsored by the Greater Port Arthur Chamber of Commerce and is available to members.

The attendees learn of multi-million and multi-billion dollar jobs across Texas and Louisiana.

The Contractors Business Development Group meets at 9 a.m. on the second Wednesday of each month at the Carl Parker Center.