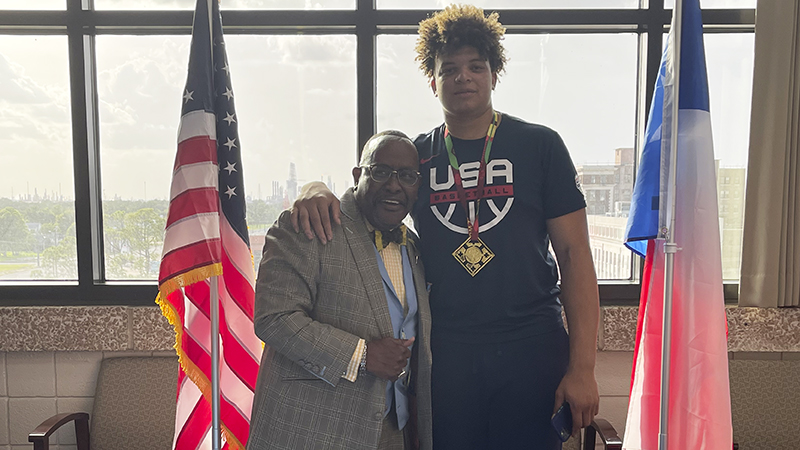 RUSTON, La. – Louisiana Tech, and former Memorial star Kenneth Lofton Jr., face a tough matchup right off the bat to start the 2021-22 season as they travel to Tuscaloosa, Ala., on Tuesday to take on 14th-ranked Alabama.  Tipoff is set for 8 p.m. and will be broadcast on the SEC Network and WatchESPN.

LA Tech had its final tune-up this past Thursday to wrap up preseason, defeating Mississippi College by a final score of 86-50.

The Bulldogs shot 53 percent from the field while hitting 12 three-pointers, five of which came from transfer Keaston Willis who finished with a game-high 17 points.

Also scoring in double-figures for the ‘Dogs were Kenneth Lofton, Jr. who had 13 points and a game-high nine rebounds and freshman Kaleb Stewart who registered 11 points.

Alabama, who advanced to the NCAA Sweet 16 last season, begins this year ranked No. 14 in the Associated Press’ Top-25 preseason poll. The Tide ended the 2020-21 campaign ranked No. 5 in the AP poll, matching the highest ranking in program history.

The two guards were each selected to the Preseason All-SEC Team as Alabama was picked to finish second in the league behind Kentucky.  Shackleford averaged 14.0 points per game and earned Second Team All-SEC honors last season.

The Tide won its lone exhibition game against UL-Lafayette, 73-68.

LA Tech and Alabama will meet for the seventh time on the hardwood. The Tide have won all six meetings, but the last three have been decided by 10 points or less.

The last meeting came in 2017 when the Bulldogs led for over 36 minutes and had as much as an 11-point second half lead, but Alabama escaped with a 77-74 win.