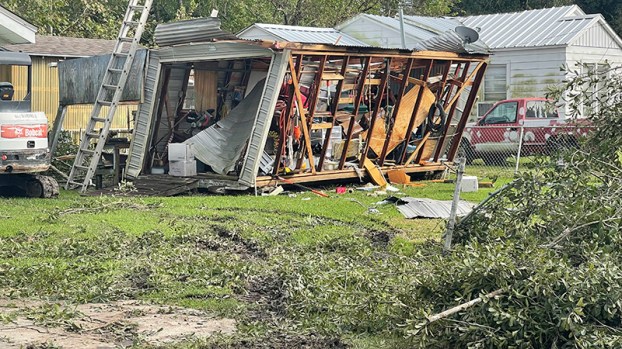 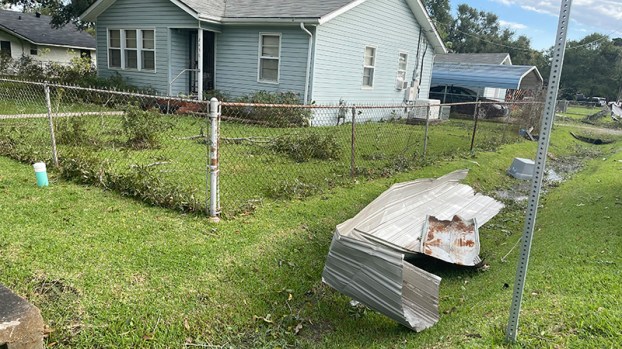 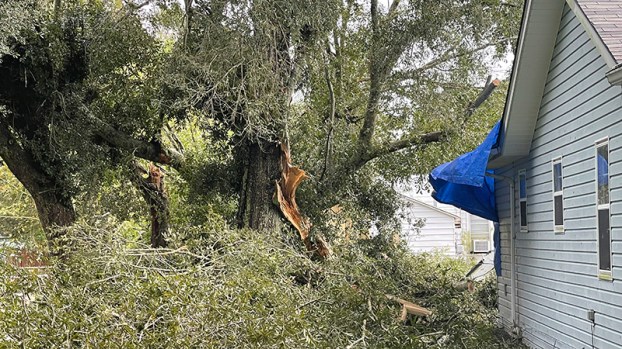 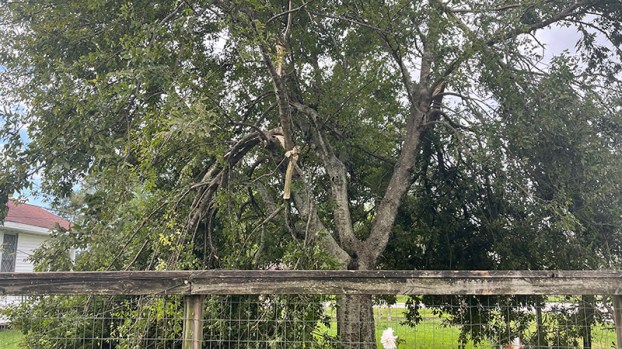 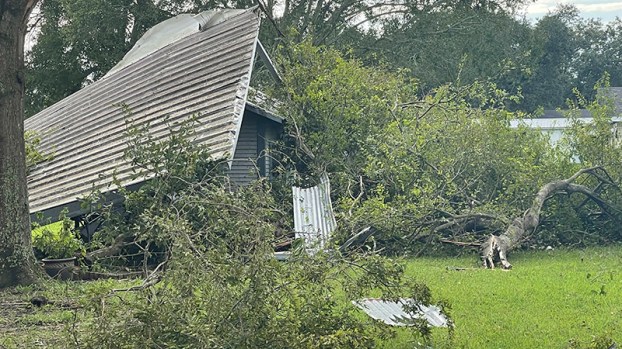 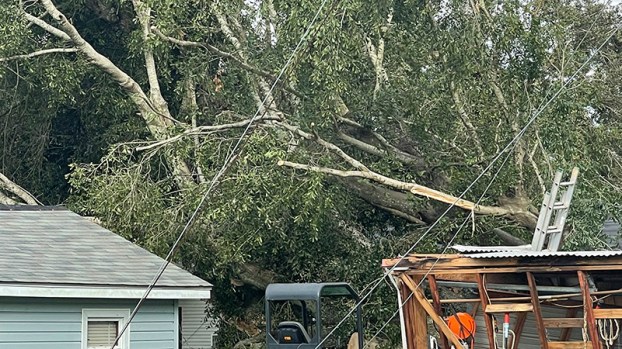 Dwain Wright intended on sleeping in on Wednesday morning. Since he had the day off, the Port Acres resident stayed up late to watch the World Series and post-game coverage.

But the sound of his windows shattering ended his sleep late Wednesday morning.

Wright, who lives on Nick Avenue, is one of four residents at the corner of Nick and 63rd Street that sustained damage from an early-morning tornado.

“It’s just these four houses,” he said, pointing around where trees were uprooted and at least one building had been stripped of its side. In addition to his windows breaking, Wright’s garage door was damaged. But his backyard, he said, was pristine.

“It hadn’t even started raining yet,” he recalled. “It was dry as a bone when I opened my front door. It was like something got stirred up.”

The something was a storm cell that developed nearby, according to the National Weather Service.

The storm then tracked off to the north east and crossed through Mid County into Orange County, where it later produced a sizable tornado shown on a widely-shared social media video.

At 5 p.m. Wednesday, Roger Erickson, warning coordination meteorologist for the NWS, was in Southeast Texas surveying damage to determine if and where tornados had formed and touched ground.

A Port Acres resident at the intersection who did not want to speak until an insurance adjuster had seen the damage did say her utility room was ruined by part of a split tree.

“It came on quick,” her relative said.

Wright moved to the area 26 years ago from tornado ally.

“At least with hurricanes you get a warning,” he said. “Back then we’d wake up to find out neighbors didn’t make it. I just thank God it wasn’t worse than it was.”