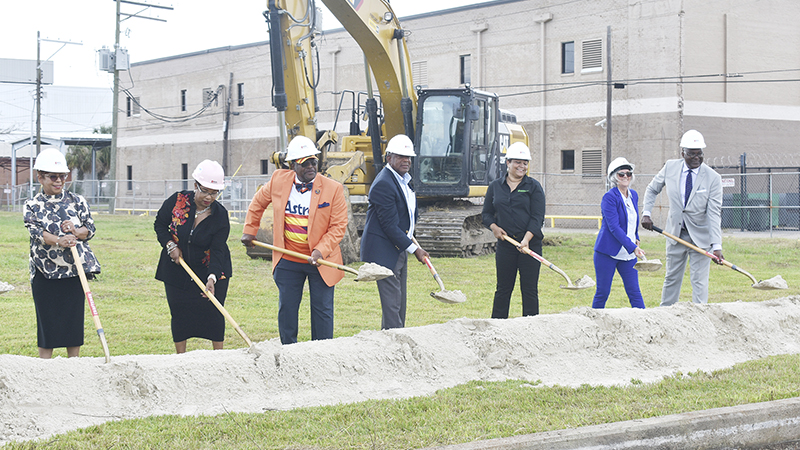 Rebirth and renewal are words tied to the upcoming construction of a 108-unit workforce housing development in downtown Port Arthur.

The development will be an apartment complex, three stories tall with balconies on the upper floors offering a view of the nearby waterway.

The Renaissance at Lakeshore Apartments, located at 901 Fourth St., will include a mix of garden-style units and town home units with one and two bedrooms with a construction tab of $15 million. 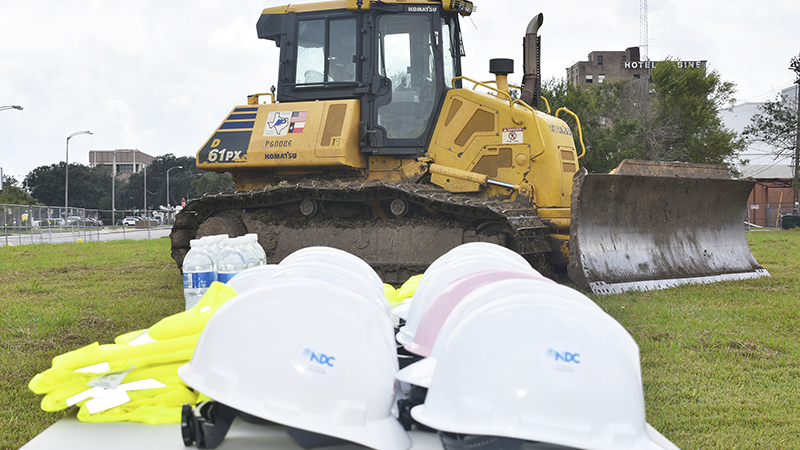 Stephanie Dugan, director of the National Development Council, said in a phone call that workforce housing development does not mean low-income housing. The term is generally used for housing that isn’t 100 percent market rate but is not low income.

She called it somewhere in the middle.

The other 30 percent of the units are at market rate.

Dugan said there is a benefit for the city in that the apartments provide housing that typically isn’t provided.

There are plenty of low income and market rate apartments and often those in the middle are left out, she said.

In addition, the project brings construction jobs to the city. 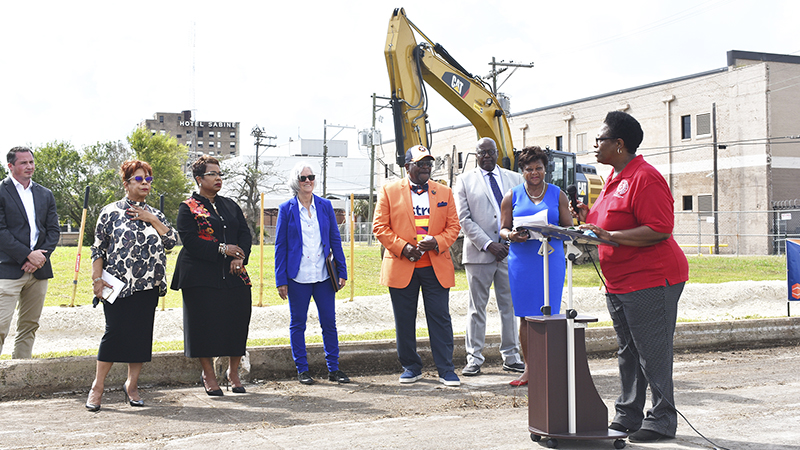 Mayor Thurman Bartie welcomed the crowd of supporters while talking of the revitalization and rebuilding of downtown that is taking place.

The project is funded through Harvey disaster recovery funds granted by the General Land Office. It began with a request by the PAEDC and an application that was submitted in the summer of 2018.

There were some delays along the way with rehab projects funded first.

The revitalization plan centers on returning downtown to its historic role as a vibrant destination for investment, housing, working and playing in the city, according to information from NDC.

George Davis, interim CEO of the PAEDC, said in a news release this project is the linchpin in the progress of downtown revitalization goals.

“We look forward to its completion and the strengthening of our downtown residential community,” Davis said.

Nathan Rivers with SETEX Construction Group said the project should take approximately a year to complete.