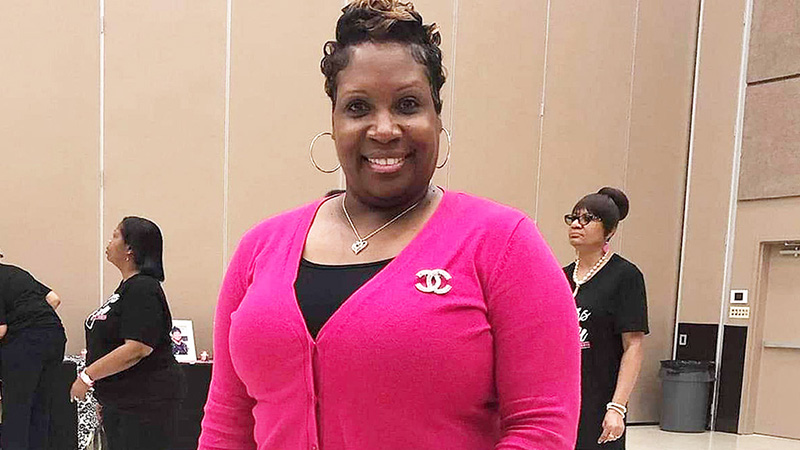 Brenda Posey, of Port Arthur, was only 41 when she was diagnosed with breast cancer. (Courtesy photo)

Brenda Posey was 18 when her 46-year-old mother died of breast cancer, four years after she was diagnosed.

And because of that, the Port Arthur woman lived her life in fear of inheriting the same fate.

Ultimately, it saved her life.

Posey was diagnosed at 41.

“I had been having regular mammograms every year because my mom died at an early age,” Posey, now 52, said. “Just knowing, I was taking care of myself, trying to make sure I was on top of everything.”

She was on her way home to her son and daughter, both in their young 20s, when she received the call from her doctor.

“I was a mess — a total mess — when I was diagnosed,” she said. “I honestly don’t even remember how I told my children.”

In 2012, she had a lumpectomy. And in 2017, under the advisement of her doctor, she underwent a double mastectomy. 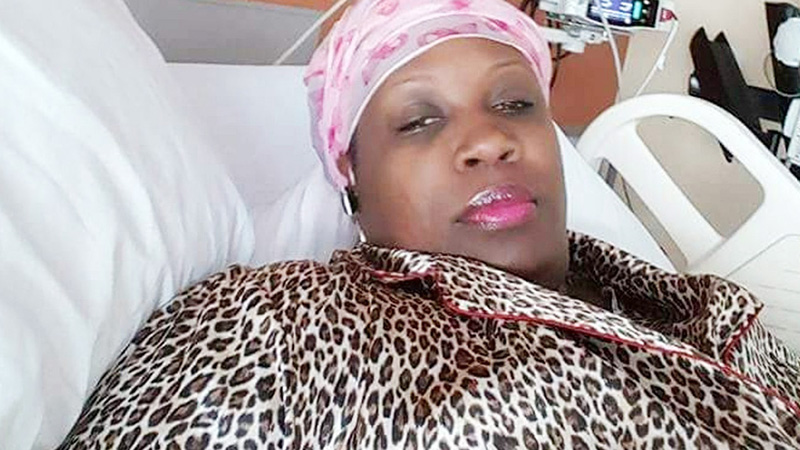 In 2017, Brenda Posey underwent a various amount of medical procedures, including a double mastectomy. (Courtesy photo)

But after the lumpectomy, she underwent six continuous weeks of radiation — going two to three times each week.

It was something she had seen her mother do, as well.

“Just watching her deteriorate… that was a lot,” she said.

While now in remission, Posey maintains necessary tests and appointments to ensure she stays that way.

“I tell my daughter to this day to make sure you stay on top of things.”

And it’s the same message she has for others.

“Please have mammograms done yearly,” Posey said as a message to all women.

“Stay on top of it. It’s very, very important. I understand if you don’t have insurance. There are places you can go to get free mammograms. But it’s to save your life.”

The Julie Rogers Gift of Life Program works to help underserved and uninsured women with mammograms. But even if someone doesn’t fit the criteria, they’ll still work to help them find help through other community organizations, Executive Director Norma Sampson recently told Port Arthur Newsmedia.

“We don’t turn a deaf ear,” Sampson said. “It’s a frightening time for people and we just try to be there as much as we can.”

The stigma regarding the pain of a mammogram is over-exaggerated, Posey said.

Despite all she has suffered and survived, Posey lost her husband in January to COVID. So now, she just works to take things day by day.